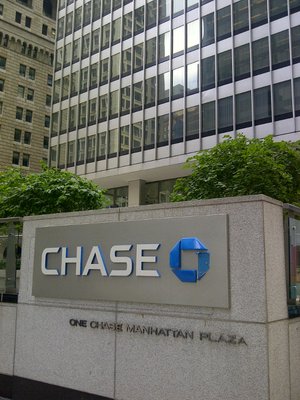 The first big change for 1 Chase Manhattan Plaza has been announced by the Chinese company that purchased the tower in December 2014: 1 CMP will become 28 Liberty.

According to a recent article in The Wall Street Journal, 28 Liberty refers to the street that 1 CMP fronts, waves at the Statue of Liberty, which can be seen from its upper windows, and hopes to bring the good fortune the Chinese associate with the number eight; 28, the article noted, represents “double prosperity”.

Fosun Property Holdings, a subsidiary of the purchaser, Fosun International Ltd., plans to upgrade the tower’s elevators and heating and cooling systems. They also plan to refresh the outdoor plaza and plan to add cultural events there. The 60th floor may have a club or lounge that could serve as event space for businesses. The WSJ reports improvements will cost between $100 million and $200 million.

Fosun has engaged Jones Lang LaSalle (JLL) to find occupants for the 1.1 million square feet vacated by JPMorgan Chase. Fosun is also expected to expland the tower’s retail space to about 200,000 square feet by converting more than 150,000 square feet of space in building. The WSJ reported that JLL will look for high-end retailers and restaurateurs for three below-grade levels and someone to run some sort of food service off the lobby.

A Fosun spokesman said rents will be close to those of the new World Trade Center tower.

1 Chase Manhattan Plaza, designed by renowned architect Gordon Bunshaft, was once the headquarters of Chase Manhattan Bank. In 1956, David Rockefeller, as head of the bank’s building committee, selected the site and oversaw its construction. The building opened in 1961. Given its historical significance, architectural uniqueness and public impact, 1 Chase Manhattan Plaza was designated as a landmark by the New York City Landmarks Preservation Commission in 2009. All changes must be approved by the Commission.