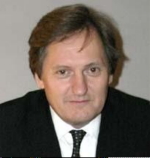 For stories on recent London events:

A London tube strike did little to dampen the party spirit of the determined guests of the London CAA Chapter's June 10, 2009 reception at the Bow Wine Vaults.

Guests were greeted with several double magnums of rosé upon arrival, but It turned out not to be enough, as the group soldiered on in fine style to close Bow Wine Vaults just before 11:00pm.

Of course the group remembered with some sadness the great characters of Dick Cumberland and Peter Thomson, both of whom had touched many of our lives in London and overseas.

Pippa Mitchell left a little earlier in order to pack for her imminent departure to Bermuda, to take up her new role at Bank of Butterfield in which we wish her well.  We are much inclined to hold our next gathering at her place!

Stewart Prosser, Cynthia Parker and Kinga Kowalska tried to get into London, but gave up on the Western Front (Acton)
at 6 pm.

The other intrepid partyers are shown in photos.