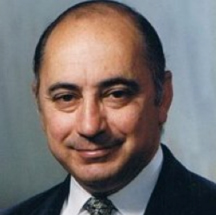 Worked for Chase in Japan and Guam

Michael joined Chase in 1968 and worked in Japan and Guam for the Bank from 1970-1973. He subsequently held positions of increasing responsibility at a number of well-respected firms such as Managing Director and National Partner, Corporate Financial Consulting for Arthur Andersen & Company, and President & CEO of Loeb Rhoades Securities Corporation, a company that was later merged into Lehman Brothers. Michael was Chairman and CEO of American Capital Markets Group since 1993 and at the beginning of last year became a General Partner at Life science Equity Partners LLC, a $150 million fund investing primarily in mid-to-later stage life science companies operating in North America and internationally.

Prior to joining Chase, Michael was a naval aviation officer in the U.S. Navy and did a tour of duty in South Vietnam. He served on the board of directors of the Flying Tiger Historical Organization and was active in efforts to preserve the Battleship Iowa when it was mothballed in Suisun Bay near San Francisco. Michael was active in community service, serving as a Director of the Korean-American Chamber of Commerce, a National Director of Junior Achievement and the Enterprise Network of Silicon Valley, the largest private technology incubator in Silicon Valley.

Michael was married to the former Marcia Schroeder for 47 years. He is survived by his wife, three children and two grandchildren.

Michael was a long-time member of the Chase Alumni Association and was one its most active members in San Francisco since its inception. He will be strongly missed by his family, colleagues, friends and the many people whose lives he so positively touched.