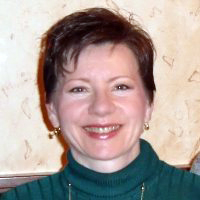 She had worked for AIG for the last seven years, as a global portfolio manager and as director, program management office, for AIG Commercial Insurance.


She had a BS and MBA from New York University's Stern School of Business.


Contributions in her memory can be sent to the Scarsdale Volunteer Ambulance Corps.

From Betsy Werley: Monica joined the Lab Morgan team during those crazy, fun days of the dot com boom, working on a short-lived procurement portal called BPurchase. Her common sense, humor and team spirit made her a valued colleague, and she remained a good friend after leaving for a job at AIG. Colleagues who want to write to Monica's family can send notes to Nick Popescu, 35 Lincoln Road, Scarsdale NY 10583.