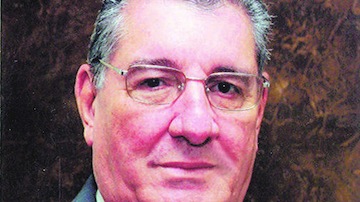 Eudoro "Tito" Jaén Esquivel, who worked for Chase for 30 years before beginning a distinguished career in public service in Panama and as an ambassador abroad, died of lymphoma on March 2, 2015 in Panama. He was 79.

Jaén joined Chase’s Isthmian Branches in July 1960 as an Agricultural Technician in the Cattle Credit Program, based in David Branch, Panama. He later served Chase in Trinidad and Tobago, Milan, London, US Virgin Islands and Chile, in executive assignments, essentially in functional areas related to Branch Administration, Human Resources, Financial Controls, Management Internal Controls, and Operations and Systems. At the time of his early retirement in December 1990, he was assigned to Chase Chile as Vice President and Manager, Operations and Systems.

Jaén went into public service immediately afterwards, as Assistant General Manager of Banco Nacional de Panamá. He later became the Executive Director of the Panama Banking Commission – the Panama Banking Supervisor at the time – and finally the chief negotiator of the Panama public debt with private banks. In July 1966, he became General Manager of Caja de Ahorros, the Government’s savings bank, serving until late 2000, when he became a Director and CFO of Grupo Melo, the most important poultry producer in Panama.

In December 2005, he was appointed Ambassador to the Republic of Italy and the UN Organizations in Rome, and concurrently Ambassador to Turkey, Malta and San Marino, from which posts he retired in 2009 to engage in consulting work. He was a director on several boards at the time of his death.

He was also a regular columnist for the daily La Prensa and La Estrella de Panama.

Jaén was a 1957 graduate of the University of Arkansas with a MSc. in Poultry Genetics.

He is survived by his wife Rosario, his sons Juan Carlos, Manuel Antonio, Luis Eduardo and Rosario María.

With thanks to Gary Barrelier for this information. He added:

"As you know, Tito and I, besides being colleagues in the agricultural field and at Chase, were also in-laws. I introduced Tito to his wife, Rosario, my wife’s youngest sister. I was the brother he never had and vice versa. Our families, as you can expect, are very close, because our wives’ family is very close knit, coming from a rural, conservative background, where the FAMILY is everything. Anyone’s success is everyone’s success and anyone’s failure is everyone’s failure. And that goes also for the laughter and the sorrow. I’m surely going to miss him."

From Lywal Salles: I am very very sad to hear that Tito passed away this week. He was my best friend at Chase Chile and an unforgettable individual. An outstanding professional, always available, Tito as the Head of  Operations and Technology was always there to support the line businesses and get things done. And always with good humor and a kind smile on his face. He will definitely be missed by everyone who had the opportunity to know him. I have lost a great friend and will remember him forever. My deepest condolences to his family.

From Joel Epstein: I knew Tito a little bit from my days in Western Hemisphere Retail banking. Tito was the Ops and Systems manager of Chile and the Chile retail business, reporting directly to Lywal Salles and functionally to Ops in NY.  I got to know him better a few years ago when I began making quarterly trips to Panama for consulting. At that time Tito had already retired but was still on a few boards.  He and I and some of the "old boy network" from Chase Panama would get together for drinks and dinner and reminisce about Chase Panama (which was sold to HSBC in 1997 or 1998).  And I'd also had a few dinners just with him over the past few years. I had no idea that he was ill. His appearance was fine, and his personality was unchanged: outgoing, extroverted, plainspoken, etc. Tito was the consumate banker's banker. He spoke fondly of his time not only at Chase Panama but also with Chase in other locations, in the diplomatic service, and as a bank regulator and CEO of the Caja de Ahorros.
Tito's passing is a big loss for his friends in Panama and in the Chase alumni community around the world.

From Jonathan Lowe: Tito stands tall as one of Chase Panama's very best. I remember him well from Panama, Chile and the VI. He had an astounding drive to keep achieving and contributing. Felicitaciones Tito por una vida excepcionalmente fructifera y buen viaje!

From Michel Lagoutte: I am really sorry to hear this sad news and would like to add my condolences to all those that have been expressed. I keep fond memories of my meetings with Tito, briefly in Milan, and then in the VI and Chile. Please transmit my deepest sympathies to his family.

From Luis Portella: As some of you may be aware of, Tito and I were very good friends for a long, long time. Many times he came to New York and stayed with us and insisted that my children call him Tio (Uncle) Tito. One other nickname he had that very few knew about was Tigre (Tiger in English). Somehow over the years I got to call him just that: Tigre. Only a few days ago we agreed I would be going to Panama to visit him. Little did I know. Life moves in strange ways.
So long Tiger, my good friend.

From Kathy MaGaw: The world is a left a bit less joyous by the passing of Tito. I recall working on quite a number of audit resolutions with him in the USVI and Chile. I cannot, or perhaps chose not to, recall a single detail of those discussions, but I recall with great clarity Tito's smile and zest for life. In particular, I remember that my flights home from Chile would depart around midnight and Tito would always offer to drive me to the airport. We'd leave the office by 6 pm and head to his home, where Rosario would serve fabulous dinners and the avocados would fall from the tree overhanging his pool.  Tito would fish them out and prepare guacamole dozens of different ways while we enjoyed local wines and one another's company.
In the USVI he would arrange Saturday morning Ops & Systems' meetings on George Dougan's boat. I'm quite certain that George, Camille and all the Dougan family join me in extending our deepest sympathy to Tito's family.
What wonderful memories I have of this truly kind man. I am grateful to have known him.

From George and Jane Keenan: I first met Tito in 1976 on a business rip to Panama with Kerry Hemming.  We continued our friendship in Milan and later in London. Tito, his wife Rosario and the rest of his family were consistently kind, gracious and welcoming.  Tito's sense of humor, his sometimes endless stories and his friendship will be missed.

From George Reeves: Tito was a consummate banking professional whether in his chosen field of agronomy, financial controls, operations and systems....but his talents embraced much more.
He was trained as an agronomist as were many of the Panamanian senior staff including his brother-in-law Gary Barrelier, Lucho Moreno and other trained agronomists and managers, to assume executive positions in our countrywide cattle development program. We called them the "cowboys".
But Tito, aside from branding cattle pledged to the bank, could do most anything. Chase was one of the leading banks in Panama and we had at one point over 600 employees operating 12 branches. Tito was the manager of operations and systems and he know how to fix anything; not to only fix things but use his talents to prevent having to fix stuff.
Tito had the scope, knowledge base, drive and talent to manage all aspects of the commercial banking business as well as the personality and interpersonal relations to enable him to achieve short and long term goals.
I didn't know about his later career in the diplomatic corps, but I'm not surprised.
Tito was a great guy and real asset to Chase. And he was fun.
He and his wife Rosario greatly contributed to the marvelous experience that Rosa and I had in Panama.