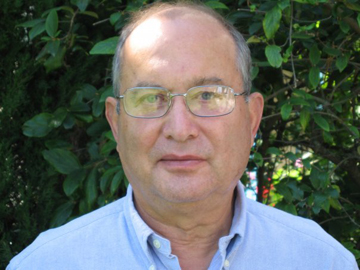 Barry Joel Geller, 73, former General Manager of Chase Manhattan Bank (Switzerland), passed away unexpectedly on Thursday, July 23, 2015, at his home at Acacia Village in Utica, NY. Born in Brooklyn, NY, he was formerly a resident of Geneva, Switzerland.

Geller's 40-year career in banking began with United States Trust Company of NY, where he specialized in trust and estates. He then worked for Chase Manhattan Bank in various senior capacities in the Bank's international and domestic private banking groups, including a stint as General Manager of Chase Manhattan Bank (Switzerland). Subsequent career moves were to Travelers Smith Barney to set up an offshore trust company in the Cayman Islands, then to American Express Bank, Geneva, as Deputy General Manager. He retired in 2006.

In the course of his career, Geller became recognized as a specialist in domestic and international estate matters. He spoke on occasion at The Practicing Law Institute, published several articles in Trust & Estates Magazine and taught courses on such subjects as offshore trusts, taxes, and wealth planning.

He was known for his interest in poetry and for his passion for fine wine and the performing arts. He had an unwavering commitment to excellence and accepted with calm courage and dignity his debilitating illnesses.

He will be remembered by his family and those who had the privilege to know or work with him for his generosity, sense of humor and wise counsel.

He is survived by his son, Michael Geller, and a granddaughter, Rebekah of Whitesboro, NY. He was predeceased by his wives, Rosalind (Katz) and Roberta (Lieb).

Funeral services were private. His ashes will be taken by his son and granddaughter to France and Switzerland, per his request.

From Peter Holzer: I am so sorry to hear this news. Barry was a real professional, the conscience of PBI, but he was a guy with a twinkle in his eye as well.

From Gary Glick: I had the great pleasure of working with Barry in the Private Bank for a number of years and always appreciated both his dry wit and his patient willingness to impart his vast knowledge. He was that rare, precious combination: a lawyer who was interested in doing business, yet a banker who understood the compliance and legal ramifications of the business proposed. He will be missed.

From George Zannos (Barry's lifelong best friend and son's godfather): Barry and I were lifelong friends, having grown up together on Long Island, and it is a coincidence that we were together at Chase for almost 14 years. I witnessed his professionalism, commitment to the business and willingness to stand up for what he believed whatever the consequences. Barry’s approach was largely “black and white”, and you always knew where he stood whether you were his friend, colleague or manager. He took particular pride in his role as the Private Bank’s senior credit officer without the benefit of formal credit training.
Barry was one-of-a kind! He was smart, loyal, sometimes infuriating and totally entertaining. His unique personality and unlimited capacity for friendship make for so many fond memories.

From Ulises Giberga: I had the honor of working closely with Barry for a number of years at PBI-New York.  Barry was a recognized expert in the international trust field and was an invaluable resource to our marketing officers.  He had a deep commitment to his responsibilities, but he also enjoyed a very special sense of humor.  He liked his food and loved returning to his favorite restaurants (“Le Cheval Blanc” in Geneva, and, a long time ago, “Ho-Ho’s” in New York, where he and I shared many fun lunches.) After he returned to the U.S., unfortunately we both had health problems that prevented us from getting together, but we communicated regularly via e-mail. Barry was a solid and loyal friend. I will miss him greatly.

From Jean-Pierre Holzer: Less than two weeks ago, Barry sent me an e-mail where he was optimistic about a new treatment for his legs. We were in regular and close contact over the years and his last message did not indicate the sudden way destiny would hit him a week later. I first knew Barry in 1982, where we were both involved in the Chase Jersey trust operation. Since then our jobs made us work together for many years. I appreciated his professionalism and his analytical mind and his sense of humor. In our respective lives after Chase, we met many times around a good bottle of wine, discussing all kind of issues that were happening in Private Banking and, more globally, in our countries. Together with many of his old Chase Geneva colleagues, I am mourning the loss of a very good friend.

From Bill Kaufmann: So nice to see the lovely remembrances from Ulises, Peter H. and Barry's other friends at Chase. When Barry joined PBI, he had an immediate impact - sharply upgrading our trust capability and providing valuable, thoughtful guidance on all our major strategic decisions. Both serious and fun, Barry was a great associate.

From Jan Wysocki: I worked with Barry's son at Citi a few decades ago. I am very sorry for Michael's loss. Barry was larger than life!

From John Ward: I would like extend my sincere condolences to Michael Geller, his son, and his family. I was able to work with Barry both at Chase and the American Express Bank. Barry was a real professional who stood up for what he believed in, was alway very clear for his reasons why, and had a great sense of humor. He would take me to his favor restaurant, Le Cheval Blanc in Geneva, and we would have a great meal with hours of discussion. When he retired in Geneva, I would still see him for lunch when he came to NYC to see his family. I will miss Barry and wish we had more great lunches in NYC. A first class banker and friend.