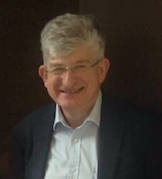 It is with great sadness that I record the death of a second member of CML's leasing team within the past month. Anthony Stern joined the investment bank in 1985 from Marks & Spencer, where he was Group Treasurer, and worked on a number of pioneering lease transactions involving complex tax and corporate structures. He left in 1988 to return to industry where he was appointed Head of Treasury at InterContinental Hotels Group. Anthony also acted as Trustee for the company's pension fund, and from 2011 onwards he was appointed as a senior member of the UK's Pension Regulatory Panel.

His wisdom continued to be recognised in retirement by the Competition & Markets Authority who appointed him to one of their more difficult inquiries.

He will be deeply missed by his CML colleagues and fondly remembered for his epicurean, almost encyclopaedic, knowledge of food and wine, and his love of mushroom foraging on the South Down and Surrey Hills. Our team lunches will not be the same again.