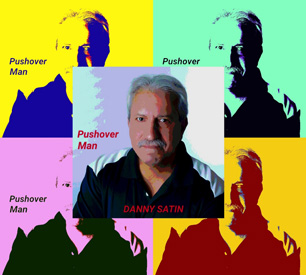 Joe Settineri has crooned and written his way into retirement.

He worked for Chase in internal audit from 1973 to 2005 and for AIG for 10 years after that. The auditor may have recently retired, but his alter ego, Danny Satin, whom you can find on digital albums and in Settineri’s novel, Second Banana, is busy as can be. Indeed, on October 20, 2015, he released a mini-album with two holiday songs, available for purchase online.

For his last 10 years at Chase, his daily commute to the credit card unit in Hicksville, Long Island, from Staten Island was starting to wear him out; it could take up to two hours each way.

"So I started humming and singing in the car just to keep awake,” Settineri explained. “About the same time, an idea started to percolate in my mind for a novel about a down-on-his-luck entertainer who in his youth was an opening act for some of the Sinatra Rat Pack and was longing for a comeback. I started working on the novel on weekends, but had no idea how it felt to be on stage.

"One night on vacation with my family at an upstate resort, I took the plunge and entered a talent night and surprisingly placed second. I found I loved performing and kept it up from time to time with small gigs locally under a name I thought suited a struggling lounge singer – Danny Satin. Well, the novel took two years to complete but finally in 2005 I self published it and learned a little about recording as well.”

According to Settineri, Second Banana

"links a unique, exciting story of the show business world to a drama with paranormal overtones. The tale is told from the perspectives of a nere-do-well entertainer at two stages of his life. In 1963, Danny Russo billed himself as Danny Ocean Jr., the ‘Man of a Hundred Voices’ and had a special talent as a vocal impersonator of the great singers and entertainers who gave him some fame as a top opening act. As a young, up-and-coming fringe player in the swinging sixties, Danny flirted with stardom and Sinatra’s inner circle. Now, 30 years later, he is a down-on-his-luck mid-lifer, fallen on hard times from his own vices and the suicide of his manager Roy, whose surreptitious investment scams left Danny bankrupt and implicated in tax felonies that required jail time. Still, he longs for a comeback. Danny is presented as a flawed yet alluring personality, with underlying humor. He is compelled by vice and circumstance to confront tough personal and moral decisions when he comes to realize the secrets of a 30-year-old unsolved murder of a starlet and its implications on himself and others if those secrets are revealed. At the novel’s conclusion, the reader is challenged to ponder the choices they might make under similar circumstances. Second Banana weaves a compelling story line that is part mystery, celebrity history, and love story about the way the game is really played on the Street of Dreams!"

When Settineri performs, at places like New York City's Duplex or the Staten Island Museum, he often reads from the book and performs the songs mentioned in it.

"Whether the song is by the Gershwins or the Beatles, I ask what can I bring to it," Settineri said. "I don't want to snooze the audience."

While he has cut down a bit on live performing due to some recent health issues, he still uses the name Danny Satin, and in September 2015 released a 6-song digital album available for download on iTunes, Amazon and other similar sites, as well as his own website. The songs are produced with backing tracks and come from the worlds of R&B, Rock and Pop. The album is searchable on those sites under "Danny Satin - Pushover Man"; you can preview track samples. He has also started writing lyrics, and the title song – Pushover Man -- is his.

Writing short stories and lyrics are of increasing interest to him. “My quest will be to 'find Kenny G' some day, as I have started practicing lyric writing to some of his instrumental songs,” Settineri said. “I intend to keep active in my recent retirement and continuing to write some short stories and sing on occasion so who knows what the future may bring. I’m hoping one day they will have a “The Voice” show for AARP members!”