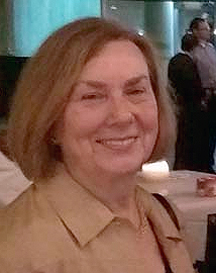 CAA Tampa member Judi Joyce Burr has won CAA’s first “Predict the Year-End Dow” contest, off the actual close by only six points. She was aided by a 178-point drop on December 31, 2015.

Burr predicted the Dow to end at 17,431, only .03 percent different than the actual close. Her extremely accurate prediction earned her a $200 amazon gift certificate.

Burr joined Chase in 1968 and retired in 2005. At her retirement, she was a Vice President and Human Resources Executive in Chase Card Services–Tampa. During her 37 years at Chase, she worked in Corporate Human Resources, International Head Office and the Asia/Pacific Area.

“To help me with my guess, I analyzed the market over four years to determine if a pattern existed for year-end and applied that to 2015,” she said. “Wish I could do that with my investment account!”