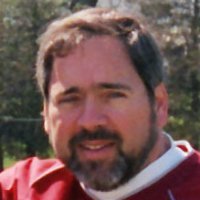 Gary Stephen Andrasko, 62, a vice president at Chase Manhattan, NYC, in the 1990s, died on December 26, 2015 after suffering a massive heart attack earlier in the week.

He was a senior executive in banking and insurance and consultant in related areas, an adjunct faculty member at Seton Hall and veteran NJ sports official.

Born and raised in Livingston, NJ, Andrasko settled in Springfield, NJ. He attended Livingston High School, where he was an avid athlete. He went on to attend the University of Alabama. He joined the Air Force ROTC and received the Sons of the American Revolution Medal as the outstanding Air Force ROTC cadet. He received his BS in education and later earned an MA in Asian studies with distinction from Seton Hall University. Andrasko began his professional life as a social studies teacher in the West Orange (NJ) School District.

After earning tenure, he left education and entered the insurance and banking industries. He was an associate manager for Prudential Insurance Co. Andrasko worked for Chase from 1989 to 1999, as a program and product manager for insurance products marketed through mortgage and automobile finance channels at Chase Manhattan Bank. He managed reinsurance of mortgage products and sourced new product opportunities for sale to the Chase customer base.

In 2011, Andrasko returned to his teaching roots, joining Seton Hall University as an adjunct professor of Asian studies. Andrasko was a passionate educator and taught courses ranging from History of Traditional Asia to Eastern Mysticism.

Andrasko was a longtime NJSIAA track official, swimming official and soccer official, and served as rules interpreter for the NJSIAA Track and Field Association. In 2003, Andrasko was recognized for 25 years of continuous service to the New Jersey School and College Officials Association (SCOA). Andrasko was a proud supporter of his children's schools and sports teams, especially the Mt. Saint Mary's swimming, Delbarton lacrosse, and Bowdoin College lacrosse teams. He also served as the president of the Delbarton School Parents of Graduates Association.

Surviving are his beloved wife of 36 years, Jo Ann Andrasko (Kuver); devoted children, Catherine and Joseph, daughter-in-law, Jenifer, and his cherished grandsons, Stephen and William Andrasko. In lieu of flowers, memorial contributions may be made to The Stephen and Dorothy Andrasko Scholarship Fund at the University of Alabama College of Education, Box 870231, Tuscaloosa, Ala. 35487-0231 or at onlinegiving.ua.edu by placing the name of the scholarship in the comments section.

To share a remembrance, please send it to news@chasealum.org.