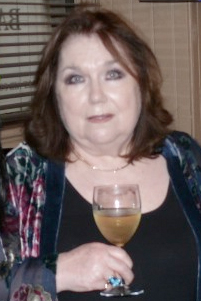 The CAA mourns the sudden passing of its member Judith Dunn, who died of a heart attack at the age of 61 in London on January 12, 2016.

Peter Warr writes: "Coming from a corporate background, Jude joined Chase Manhattan Bank in 1974 in the European Coordination Group, administered by John Phillipsborn, in Jermyn Street. Following the Group's move to Chase's main office in Basinghall Street, she joined the Public Relations team, headed by Clem Redesdale. There, she was involved in all aspects of the Group's functions, including acting as general factotum to Clem, arranging and supporting events and supporting other members of the team. She left the bank in 1992 and had enjoyed travelling and maintaining contact with ex-colleagues who will always remember her for her kindness and generosity."

Dunn is survived by a son.

From Stephen Elston:  I worked at The Chase Manhattan Bank NA for about 12.5 years from 1974 to 1986.
I recall many of those alumni listed as no longer with us, but it was a particular shock to recognise the face of Judith Dunn. I met her after the European Coordination Group moved to the UK main office complex in Woolgate House off Coleman Street. That building was the largest overseas branch of any bank in the world - or so I was informed, but it is now gone and replaced with something even larger. Judith was a young and (as I recall) single mother, slightly built with long, auburn hair and pale complexion. Life would have been even tougher for her in those days (around 35 years ago), but she was very capable, hard working and sociable.
And her responsibilities didn't prevent her from throwing the occasional party at her West End flat.