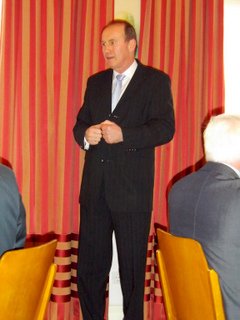 On March 11, Chase Alumni Austria held its first 2016 luncheon at the St. Johanns Club in Vienna.

The guest speaker was Othmar Karas, Austria´s representative of the Conservative Party in Brussels and VP of the European Parliament. Mr. Karas gave an excellent overview on the status quo of the EU, which was then followed by a lively discussion.