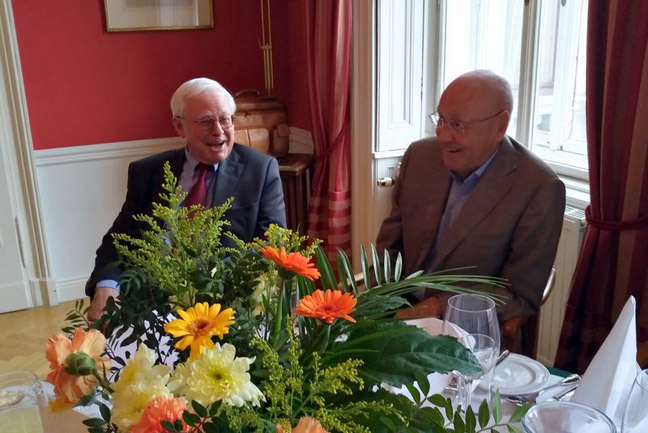 Chase Alumni Austria met for their spring 2017 luncheon at the St.Johanns´s Club on Wednesday, March 22. The following alumni attended: Wolfgang Fenkart-Froeschl, Helmut Breit, Andreas Calice, Wolfgang Christl, Armin Dallmann, Gustav Dressler, Gerd Eisenburger, Edith Fischer, Rainer Franz, Erhard Grossnigg, Franz Hartlieb, Jan Homan, Volker Pesta, Peter Puespoek, Heinz Ratka, Philip Reading, Wilhelm Rosenfeld and Ernst Traun. As the luncheon took place so shortly after the sad news of the passing of our former Chairman, David Rockefeller, a number of the alumni shared with us their encounters / events which they had with him. All felt that he was one of the great bankers and personalities of the 20th century and had

a lasting impact on our careers and lives.  (Photo: Wolfgang Fenkart-Froeschl and Volker Pesta)

For more photos, click here. (Viewable by dues-paying members only.)