A New Training Program for a New Era 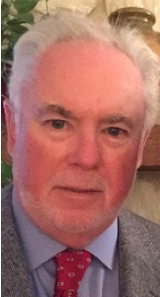 In 1985, the Banking Industry experienced a major shift in product demand. Traditional products like commercial loans were being impacted by company issued commercial paper, and investment banking and capital markets products were not provided by commercial banks like Chase.

As Vice Chairman, Tony Terracciano led a major change to educate the corporate bank and international bank officers. The bank hired outside consultants to design a new training program based on modules that taught new products or core financial skills.  I was one of 30 Officers who were team leaders responsible for business units in the corporate and international bank who were chosen to teach and develop the course materials for the modules we taught.

My two courses were Market Math and Options, which were a very new product, offered primarily on exchanges and over the counter but not at banks except for interest rate products. Terracciano required all levels of officers to attend these courses from the EVP level down, so there was a lot of pressure brought on the early teachers who also had to maintain their operating business responsibility. I literally had two full-time jobs for the year I taught, travelling to teach in Europe, Middle East and Africa. The decade marked a change for commercial banks, and the new training program helped Chase make that transition.

The good news is that the experience provided skills that proved useful when I worked for Dick Zecher in Treasury as Global Product Manager of our Options-based Certificate of Deposit, launched in 1987, and later as one of the original team members of the Commodity Derivatives Group in London and New York.

From Mary Russell (Yablonsky): Good memories of assisting Tony Singleton in teaching the options course internationally including in Abidjan, Ivory Coast - saw a lot of the world thanks to Chase and worked with many fine people including Tony and Jack Knippenberg, my boss at the time.