Finding a New Road After a Daughter's Death,
Helping Poor Chilean Children and Adolescents with Cancer 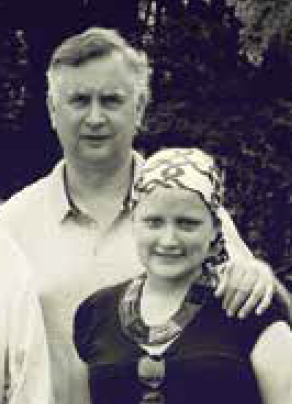 This is a story of a father’s heartbreak and the good he hopes will come out of that sorrow: the creation of Fundación Camino in Santiago, Chile, in memory of the 25-year-old daughter he lost to cancer in 2010.
Vicente Monge Alcalde ­started at The Chase Manhattan Bank in October of 1986. He was the Head of Local Markets for Chile, Peru and Colombia, responsible for sales, FX Trading, fixed income, structured products, capital market, derivatives and funding activities. In Colombia, he was the Team Leader for the creation of Corporación Financiera JPMorgan, the definition of an Investment Bank by Colombian norms.
In his last seven years at JPMorgan Chase, that is, prior to 2013, he was the Senior Country Officer for the Chile office and also the General Manager of the bank for more than 12 years. In those days, he was also a member of the Consultative Council of the Finance Ministry of Chile, Board Member of the Bank Association and ESE Business School of the Universidad de los Andes.
In 2008, his family had already faced its greatest challenges. Vicente and his wife, Maria, already had two sons and a daughter when another daughter was born with Down’s Syndrome, and then the next baby girl died after only five months. A healthy daughter was born after that.
But in March 2008, their eldest daughter, known as Verito, was diagnosed with late stage alveolar rhabdomyosarcoma, a rare, aggressive cancer of the soft tissues. No doctors in Chile had sufficient experience treating the disease. With the help of colleagues at JPMorgan Chase, Vicente identified the best doctor and place for his daughter’s treatment: Dr. Leonard Wexler at Memorial Sloan Kettering (MSK) in New York City.
The story of Verito’s illness and grueling fight for survival, its impact on her family as Verito and Maria moved to New York, and the rock-hard faith and love that helped them through the two-and-a-half years until all efforts failed is told in El Otra Lado del Camino / The Other Side of the Road. It is written by historian Patricia Arancibia Clavel in Verito’s voice, as though Verito were telling the story from, as she would put it, the other side of the road. Based on Verito’s diaries and letters and extensive interviews with her surviving family and friends, the book rings true to the notion that every person's cancer story is different, and you don't know what cancer is like until you or a loved one has been through it–and you can't imagine what pain is until you see your child go through what Verito did. Her indominatble will to keep going, keep fighting, is a marvel, which makes her death all the more awful and personal to those of us who never had the privilege of knowing her. As particular as it is to Verito's circumstances, anyone who has helped a loved one through a long illness will see parallels and gain strength from reading this story.
Since its publication in Spanish in 2015, the book has already been read by more than 95,000 people in Chile. Proceeds go to the foundation Vicente's family founded after Verito's death: Fundación Camino, to help young Chilean cancer patients on this side of the road (camino).
The Foundation is just finishing construction of a five-story buiding in Santiago to receive young poor Chileans, ages 12 to 18, who have no local resources when they come to Santiago for cancer treatment. Many of them cannot finance a place to stay near their treatment and are separated from their families who must stay at home. In addition to creating this foster home, the Foundation will offer psychosocial support programs, such as art therapy, sonotherapy, life coaching, and psychological and occupational therapies. All house expenses, including lodging and food, will be covered for the children during their cancer treatment.

"The main reason to create the  Foundation, was that a lot of people were not able to receive treatment in Santiago because they don’t have any money and special residence to use for the time they need to stay it.," Vicente explained. "We’ll receive only poor people, and we’ll try to give a home atmosphere plus some specific education to improve their life quality (digital education and others).

"We have been working with potential future residents and we have a lot of people waiting for the opening.

The social workers from each hospital in the regions contact the person responsible for searching for a residence who can receive the sick person and a companion. Then they contact our social worker to give the authorization to come to the Foundation. The time they will be with us, depends on the cancer treatment and the protocol they have," he said.

The Foundation is professionally staffed and has many volunteers, including his wife and children.

The annual new cancer case data for chidren in Chile has not been updated since pubished in 2015, when the median number of new cases per year was 467, plus 82 relapses.

Fundación Camino is helping Chilean hospitals to update these numbers and also planning, in Vicente's words, "to work with the different actors, including the Government and Congress, in order to improve philanthropy in Chile. I want to bring to Chile, the best practice you have there in New York." He is hoping to recruit four board directors from the United States and plans to invite other foundations from the region to work together with Fundación Camino.

As Vicente wrote in the preface to the book:

parents, brothers and sisters. For many people, it will be hard to imagine

all the positive things that can be obtained from such great pain, but…

We know that Verito has only gone to the other side of the road. The

life that we shared lovingly remains as it always was.

What is death? It is something that happens every day. We should

not be sad, we have to remember all of the happy times we spent with her,

to laugh at the things that always made us laugh.

For the rest of our lives, the sorrow will remain to remind us that we

are just passing through and that someday we’ll be together again forever,

on the other side of the road...

How to Contribute,
Read the Book

To contribute to Fundación Camino in dollars:

To read the book:

Among the dedicatees of the book are "every one of the people who work at J.P. Morgan, both in Chile and other countries, for their constant concern about Verito’s health".

Once the book is published in hardcover in English, it will be available via Amazon. In the meanwhile, as a gift to Chase Alumni, the Monge family is making it available in PDF.

"There aren’t many good things about having cancer, but I can say
that what you lose in health you gain in faith. The presence of God, Virgin Mary or whatever people call the thing that helps them experience their spirituality, is constantly among us and for everyone. But when you go through extreme experiences you develop a type of “transcendental gland” that allows you to see, feel and interpret everything that in the past would just have passed before your eyes."

-- The Other Side of the Road