Worked for Chase in USA, Japan and UK 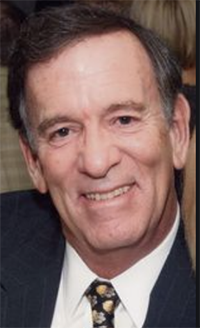 Douglas (Doug) Werlinich, who worked at Chase Manhattan from at least 1965 until 1982 in the United States, United Kingdom and Japan, died of cancer in Southport, NC, on March 8, 2021. He was 78 and had lived in Southampton, NY, before moving south a couple of years ago.

Werlinich grew up in the Pittsburgh area before attending Northwestern University in Evanston, IL, for both his undergraduate degree and MBA.

While at Chase, he worked in Asia Finance, Capital Markets and Consumer/Retail Products North America.

After leaving Chase, he worked at Midland Montagu and Citibank.

His wife of 25 years, Elizabeth McKee Werlinich, died of cancer in 2000. Among his survivors are a son, Greg, three grandchildren and his brother Gary. Another brother, Tom, predeceased him.