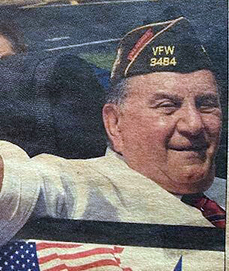 Sergio was a former Vice President of Chase Bank, working in the branches and middle market banking.

Sergio was active in the Township of Saddle Brook for many years and a member of many civic organizations, including as a Sir Knight in the 4th Degree at the Knights of Columbus, former President of the Saddle Brook Chapter of Unico, Trustee of the Boat Jumpers and member of the Saddle Brook Republican Club. Phil was also a longtime and loyal parishioner of St. Philip the Apostle Church in Saddle Brook.

He was predeceased by his wife, Caroline Sergio. Survivors include his daughter, Carol Ann Frazier, two grandchildren and three great-grandchildren.

Memorial contributions in his name can be made to St. Jude Children's Research Hospital or Saddle Brook Chapter of Unico, P.O. 439, Saddle Brook, NJ 07663.