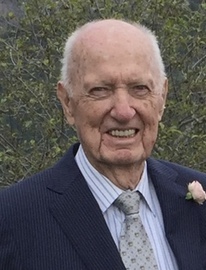 Whitcomb grew up in Indiana. Following his Army service in WWII, he graduated from DePauw University, where he was a charter member of the SAE fraternity. He also had a degree from the  Thunderbird School of Global Management.

He served Chase in Miama and in Puerto Rico, where he ran large network of branches.

Whitcomb was preceded in death by his wife of 42 years, Gloria. Among his survivors are two daughters, six grandchildren and two great-grandsons.

Memorial donations can be made in his honor to the donations to the Hayden Historical Museum, Inc., 6715 W County Rd 20 S, North Vernon, IN 47265.