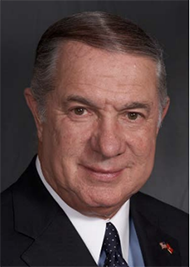 Edward D. Miller, former Vice Chair of Manufacturers Hanover Trust, President of Chemical Bank, and Senior Vice Chair or Chase Manhattan, died on September 26, 2021, at the age of 80. He was a resident of Garden City, NY, and Jupiter, FL.

A Marine Corps veteran, Miller began his banking career at Manufacturers Hanover Trust, where he garnered increasing responsibility and recognition. In 1988, he was named Vice Chairman, a position he held until 1991, when the company merged with Chemical Bank. Three years later, he was elected President. In 1996, upon the merger with Chase Manhattan, he became Senior Vice Chairman. While at Chase, Miller directed two of the largest financial services combinations in history at the time—the successful mergers of The Chase Manhattan Corporation and Chemical Bank and of Chemical Bank and Manufacturers Hanover Trust. 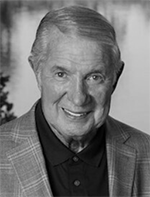 Among his survivors are his wife, Carole; his son Dean and seven grandchildren. He was predeceased by his son Scott.

From Maria V. Trinidad: I am so sorry that Mr. Ed Miller died. He was one of the most wonderful Executive Managers at MHT.  He was one of the most outstanding managers who supported women and minorities to face challenges head on. He was our Angel at MHT. He was caring, compassionate, knowledgeable and a great listener.  He attended every function that we created for different events at MHT.

I am extending my deepest sympathies to his wife, children, family, friends, co-workers and the Chase Alumni Association. Mr. Miller was the most influential manager in our lifetime. He was the very best human being in the world for so many of us. May God Bless Him.