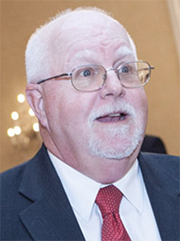 In the 1970s, banks were limited to counties in New York State. There was no statewide banking. Laws changed that allowed banks to expand outside New York City and Westchester. The rules required separate chartered banks that were subsidiaries of the corporation. Where possible, Chase's strategy was to buy existing banks in the counties upstate and on Long Island.

Each of the purchased banks had its own idiosyncrasies as they were local hometown banks. In Saugerties, customers entered the safe deposit area, took the guard key off a hook and opened their boxes; customers walked into the loan area, left their payments and posted their own loan records. In Caledonia, the manager sat upstairs, and when his signature was needed, a clothespin was lowered down on a string! In Canton, we walked in to do the initial audit to find a cow being milked in the lobby, celebrating dairy week. Integrating into Chase was a challenge at best–not so much for the staff but for customers accustomed to processes we found to be an issue.