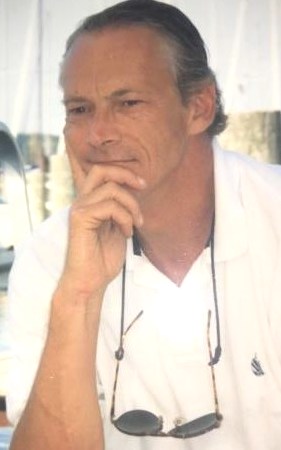 Joseph Mikesell (Mike) Thomas, who began an illustrious financial career in the First Scholars Program at First National Bank of Chicago (FNBC), died in Naples, FL, on February 12, 2022, at the age of 71.
Born January 19, 1951 in Grand Rapids, MI, Thomas grew up in East Grand Rapids until he attended Duke University, after which he moved first to Evanston and Winnetka, then to Chicago and ultimately to Naplesfor the rest of his life. In Chicago, while he spent much of his time working, he enjoyed belonging to The Chicago Club, Chicago Yacht Club, Saddle & Cycle Club, Economic Club and The Casino.

Thomas credited Duke with giving him the education and tools that were critical to his success. He was awarded Duke’s most prestigious scholarship, the A.B. Duke Scholarship, started by the founder of Duke. This was a full merit-based scholarship for students with outstanding academic achievement and world-changing potential, and Thomas graduated as class valedictorian. At Duke, he met his first wife, Phyllis Scholl Thomas, with whom he enjoyed many years together and both cared about and respected always.

Thomas next spent many years in Mergers & Acquisitions as a Managing Director at Lazard Freres in the Financial Institutions group and originated some of the largest bank mergers during his years there. After his successful tenure at Lazard, Thomas went on to join Chicago Federal Home Loan Bank as CEO, and then for the rest of his career, the private equity firm, Castle Creek Capital, as Managing Principal.

During the last two decades of his career, Thomas sat on various corporate boards, including those of the UBS mutual funds, HCC Insurance and some regional banks.
For decades, Thomas was lead guitarist in two different bands. The first, SeaBreeze, performed at venues from Michigan to the Moonsplash Festival in Anguilla, started by Bankie Banx. They spent the week performing around the island, be it with Kevin Bacon at Foxy’s, entertaining diners at Straw Hat and Blanchard’s or just jamming on the beach until the wee hours of the morning. His next band, Dr. Bombay, performed in Chicago and often donated their performances to support charitable events. They played everywhere from the Lincoln Park Zoo Ball to House of Blues.

Having grown up sailing with his father on Reed’s Lake in Grand Rapids, boats were a part of Thomas's DNA. Many boats later, he finally ended up with his beloved 58’ Bertram and enjoyed many trips to Harbor Springs and elsewhere. He always captained and docked this boat without assistance, no small feat given frequent bad weather and narrow dock slips. Not surprisingly, Thomas was expert at celestial navigation.

Throughout, Thomas was committed to giving back. He sat on the Evanston Hospital/Northshore University Healthsystem Board for about 30 years, chairing both the Audit and Finance committees over the years. Earlier, he was on the Board of Directors of Junior Achievement, as well as Leadership Greater Chicago. He was also a guest lecturer at the University of Chicago, on Duke’s Fuqua Board of Visitors for many years and, most recently, on Duke’s Trinity Board of Visitors.
Among his survivors are his second wife, Diane, and his son, John Edward Thomas.
They will be hosting a celebration of Thomas's life in Chicago during May.
In lieu of flowers, please consider making a donation in his honor to the J. Mikesell Thomas Student Mental Wellness Endowment at Duke University, attn: Justin Michalka, Trinity College, Duke University, Box 90429, Durham, NC 27708.

Bank One was itself swallowed by a much larger acquirer, JPMorgan Chase & Co., in 2004 for $58 billion.