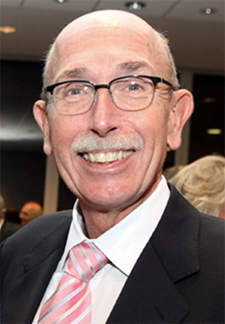 Christopher Carlin, of Wilton, CT, and Naples, FL, passed away peacefully, surrounded by his family, at home in Connecticut, on March 26, 2022, after a two-year battle with cancer. He was 73 and had a lifelong career at Chase Manhattan Bank.
Carlin was born in Baldwin, NY, and earned a BA in Economics from Manhattan College in 1970. Shortly thereafter, he married Donna Williams. Following two years' service in the U.S. Army, Carlin started at Chase.
In 1984 Carlin was offered the opportunity to move to and work in Tokyo, Japan and relocated with Donna and their children, Amy and Stephen. He and his family lived in Tokyo for nine years.
In 1993, the Carlins moved back to the United States and settled in Wilton, CT. In 2011, Carlin retired after 40 years with JP Morgan Chase.