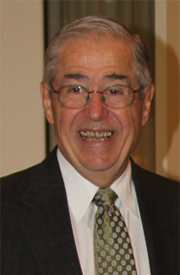 Scandalios was at Chase Manhattan in the 1970s to 1990s, retiring as a Senior Vice President. He played a leading role in the construction of MetroTech in Brookly in the early 1990s.

Memorial contributions may be sent to The Archangel Michael Greek Orthodox Church in Port Washington, NY.