A Career with Bold-Faced Names and Middle Eastern Insights 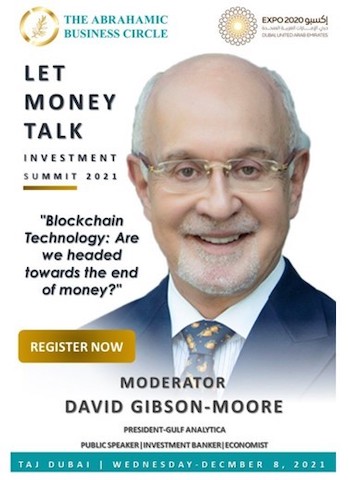 ► Saudi Arabia has almost no manufacturing. If oil prices keep going up, Saudi will earn an additional $1.4 trillion in the next nine months. There is little incentive to reduce oil production and diversify, but Saudi is trying to diversify.

► Family values in Saudi are extraordinary. Women are not trying to tear off their burkhas.

► The grain crisis will be a huge crisis for the UAE because all food is imported.

► Bahrain hardly has any oil – it ran out. Bahrain is now a banking center.

► Dubai has had to develop a service economy.

► Qatar has the highest GDP in the world; the government pays for everything, and the

► There's still some affection for the Brits here. When the Al Quassimi pirates attacked in 1809,

countries begged Brits to stay. There is rivalry among the Emirates still, and if the Brits hadn't been here, Saudis would have taken the Emirates.