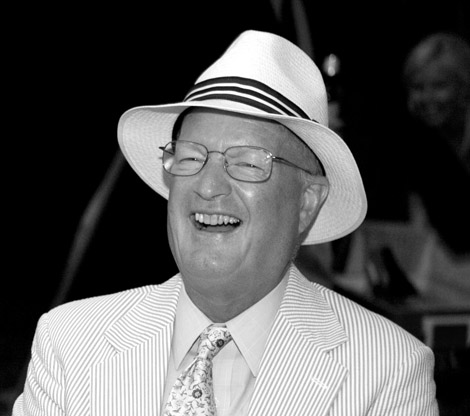 The CAA deeply mourns the passing of our member Matthew Hawes, who worked at Chase from 1967 to 1990, primarily in the United Kingdom in commodities finance.

Matt suffered a heart attack and passed away on the morning of Tuesday, April 29, 2008. Living life to the full until the very end, Matt had just returned to his home in London the day before with his wife, Christine, after a wonderful vacation cruise on the Danube. A memorial service followed his cremation in London in early May.

Instead of flowers, memorial contributions may be made to two causes Matt supported: NRDC and Oxfam.

The following note is from Matt's widow (who can be reached using the information listed under Matt's name in the CAA Membership Directory).

We want to thank you all for your thoughts, your kind messages of sympathy, your phone calls, your donations, your flowers. They have been overwhelming and do excuse us if we cannot answer you personally or more formally. But be assured that they were a great comfort to us in our sorrow.

Please feel free to forward this message to any friends of Matt we may have inadvertently missed or whose e-mail address we do not have. All are welcome to the memorial service and reception. We do realize, however, that Little Compton may be as hard to reach as London, and, if you cannot join us, do have a thought for Matt on that day when we gather to celebrate his life.

Neil Sweeny attended the service with his wife, Barbara, and wrote: "A beautiful day and a wonderfully  simple service, overflowing with friends in his local parish recalling and celebrating Matt's life and joys. Christine and the family were gracious as always and invited all back to their summer home on the banks of the Sakonnet River with Newport in the distance, and Matt's new red Vespa scooter proudly on display. It was a beautiful day with many fond memories of our old friend. A number of other Chase London colleagues who worked with Matt were also there including Stu and Dolly Gager, Skip and Tricia Brennan Hastings, Dan Lasman, and Dan Barnett. Little Compton is a beautifully rural corner of Rhode Island with rock walls, high standing cornfields and a seafaring New England tradition.....it's easy to see why Matt continued to call it his home during his summers away from London......Matt most certainly will be missed!"

Recollections of Matthew Hawes should be sent to: newsletter@chasealum.org

Roger Griffin: "I did know Matt Hawes – quite well. He was certainly in the Commodities group from 1969, but not in London until some time in the 1970s, I think. I was the unlikely standard bearer for the group in London from 1971 to 1973, succeeding Stu Webster and followed by Bruce MacQueen, who came over from New York in about 1973. The group was much smaller then. I’m not sure when Bruce passed the hat to Matt, but it may have been around 1975, when, I recall, Bruce went to Stockholm as the rep.

"How could one not know Matt – that booming voice and crackling laugh that could probably shatter glass (though I never witnessed it)... always seemingly irrepressibly cheerful even when faced with imminent disaster. That photo captures him perfectly. He was unfailingly helpful to me. I really knew frighteningly little – which way up was a letter of credit – and Matt would always explain from afar with his usual directness. I’m sure I hogged a disproportionate share of time on the new direct line to New York, seeking help and guidance from my colleagues in the Commodities Group in New York, of which Matt was a stalwart. What an extraordinary group that was. Frank Stankard assembled an amazing team."

Tony Walton: "I am most saddened and have just written to Christine. I worked directly with Matt in London for around three years in the seventies when he was responsible to me for Commodities in the Region. He brought extraordinary insight to our financing at a difficult time in the City's history. We expanded our portfolio and reputation largely due to Matt, since I concentrated more on Shipping and Petroleum.

"I saw Matt just over a year ago in Little Compton. He lives very near the mother of my daughter-in-law there. We spent two hours together and I introduced him to Jen.

"He was a great professional representing the very very best of Chase. He and Christine were a wonderful couple. I will miss him. He was taken too early. More of this will come."

Simon Mansfield: Matt was a solid supporter of mine during the intermittent periods we both worked in London in the late 1980s. He enjoyed a broad international network of friends and clients, both during his time at the Bank and after his
retirement. Matt was a regular and popular guest at the Alumni events in London where he was always surrounded by friends and former colleagues. I am very sorry to hear this news, as I had no idea that he had been unwell.

Hans van den Houten: "Matt and I were both in the Commodity Financing Division at the end of 1969, when the unit was run by Frank Stankard as the boss, John Philpot, and Frank Reilly. I had relatively little interaction with Matt, other than the occasional social contact, as he was in a different area of the group and I stayed only six months in the Commodity Finance Division, before departing for MOMA in early 1970. However, we did meet at a few Chase Alumni meetings and I remember Matt as a hard working and diligent individual and a supporter of the CAA. Too young to leave this world, unfortunately it reminds us of our vulnerability as human beings. May Matt rest in peace."

Cyrus Hui: "I am saddened to learn of the passing away of another 'Good Old Matt'.

"I worked under Matt in 1999-2000 in London as manager of the UK Commodities Finance Division
when Matt was the European coordinator. I was then a 'misfit', as I knew nothing of commodities and
their financings. Matt was not only a good teacher, but his great and cheerful personality helped me to
quickly fit in with a bunch of brilliant and 'weird' guys in the division - Frank Varsallo from Malta, Yoshi
Fujikawa from Japan, etc.

"Matt was an avid tennis player and we often shared the love of the game. His quickness on the slippery
grass court gave me more than a few surprises. After I left London returning to Hong Kong, Matt visited
with me couple of times, always with his tennis racquet ready.

"Matt and Christine were a great hospitable couple, and we were often treated to her great French ciusine.
That was more than 20 years. The photo herein with the big smile is exactly the Matt Hawes I
remember...Good Old Matt!"

Charlie Haberstroh: I worked in the Commodity Finance Division from 1979 to 1989 serving in various capacities, Ultimately in charge of Brazil Commodities. I considered Matt a mentor. He helped a great deal in the business development and credit evaluation of clients and prospective clients in Latin America and Brazil. His good humor and keen business sense were really appreciated. Sincere condolences to his family. He will be missed.