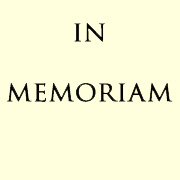 Became CEO of Banks in the West

Published in the Nov. 19, 2008  issue of Princeton Alumni Weekly


Bob died in Noblesville, Ind., June 16, 2008. His ashes were scattered at one of his favorite places, offshore from Sitka in the Gulf of Alaska.

Bob was born in Greenwich, Conn., and attended Rye High School. At Princeton he majored in geology and was a member of Tower Club. He served as an Air Force fighter pilot instructor in this country and in Germany.

After his military service, Bob received an M.B.A. from the Thunderbird School of Global Management and this launched him on a long and successful international-banking career. Starting with Chase Manhattan, he worked in London, the Virgin Islands, the Bahamas, and New York. He later became president of Alaska State Bank and then president of the First National Bank of San Jose, Calif. He retired in 1992 as CEO of Bay View Savings & Loan in San Mateo, Calif.

Bob loved reading, classical music, ocean sailing, flying, and, most of all, his wife, Joan, and sons James and Edward. He taught his sons to value education, to always strive to achieve, not to be afraid of failure, and to cherish diversity of thought and behavior and the freedoms we enjoy.

Chase Alumni wishing to share remembrances should send them to news@chasealum.org