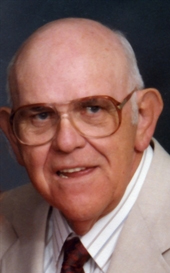 Legend in Operations at Chase Manhattan

Robert J. O'Keefe, who automated many of the back offices of Chase Manhattan, passed away at Franciscan Oaks Health Care Center in Denville, NJ, on June 17, 2009.  He was 82 years old.

Born in 1926 in South Boston, he attended Boston College after returning from service in the U.S. Army during WWII in the Pacific with the 25th Infantry Division. Bob joined Chase in the late 1950s from Arthur D. Little, Inc., after serving on a Little engagement for Chase to determine the best way to automate the check handling/deposit accounting functions. He served in a variety of managerial positions in the Systems and Standards area of the Bank Operations Department, ending his career as Senior Vice President and Division Executive, Money Transfer.  In the late 1980s, he worked for American Security Bank in Washington.  He retired as Executive Vice President from Maryland National Bank in 1989.

He attended Harvard Advanced Management Program in 1968 and was a member of the Engineering Board of the National Academy of Science from 1971 to 1973.

He served as President of Boston College Alumni Association from 1973 to 1974, winning the McKinney Alumni Award, and as a Boston College Trustee and Trustee Associate until 1982.

Bob moved to Florida from Baltimore in 1991 and became a member of Our Lady of Lourdes Church in Venice. He joined the Jacaranda West Country Club, serving on the Board of Directors. He moved to Florham Park in 2000 and to Franciscan Oaks in Denville in 2004 where he served as Vice President on the Resident Council.

In addition to his wife, Simone, survivors include a daughter, Mary Frances Ranta and a son, Robert J. O'Keefe, a brother, six grandchildren and one great grandchild, Emily Grace Ross.

For additional information, please visit: www.normandean.com. In lieu of flowers donations may be made to the Catholic Bishop of Northern Alaska, 1312 Peger Road, Fairbanks, AK 99709.

Alumni wishing to share remembrances should send them to: news@chasealum.org.

From Paul Tongue: I was privileged to work under Bob for a number of years. He was a terrific, if sometimes voluble, manager. For the first couple of years I worked for him I thought my first name was “godammit”, since he invariable addressed me as “Godammit Tongue!” His sometimes  gruff exterior hid a real softie at heart. He never missed an opportunity to help someone who needed it. He was one of the really great Chase Manhattan executives.

From Charles Block: Bob came from a management consultant firm in Cambridge MA. In the late 1950s Chase was a client. The Bank needed guidance regarding its automation plans. Bob was a senior member of a consultant team that outlined a course of action. He was then hired by Chase to execute that plan. John J. McCloy was Chairman at that time and the Bank was still digesting the Chase National/Manhattan Company merger.
There were no serious commercial computers available in the late 1950s, but they were on the brink. Over the next five to seven years, Bob created from scratch the most competent team of computer programmers and systems analysts of all the banks in the City. He went on from there to broader and more senior management positions within the Operations Department. While initially an expert in the field of punched card devices and computers, he quickly developed as an innovative and unusually competent business manager.
Physically he was a giant of a man, but more importantly, he was larger than life in many ways. He was a stern boss, one quick to anger. But he was uncommonly fair and very quick to forgive. The loyalty of his subordinates bordered on hero worship.
His integrity, both as an executive and as an individual, was clearly apparent.  He was also a devoutly religious man, a very charitable man and a man without a bigoted bone in his over-sized body. He was an exceptional representative of what Tom Brokaw called The Greatest Generation.
In the early 1980s he left the Bank for a senior management position with a DC bank holding company.

From David W. McQueston: When I first came to Chase, my boss, two bosses up, was Bob O'Keefe.  Mr. O'Keefe (I could never call him anything else) would not hesitate to call anyone under him and read the riot act.  When he was on the phone, we used to say "he only breathed out!!!"  He was a great bos and a great guy.  Tough!!! You bet!!! Fair and supportive??? Absolutely!!!!!!! We need more Bob O'Keefes.

From Carmelo Macannuco:  I worked in Bob's organization at the Chase Manhattan Bank for a number of years. He was always fair minded and cared for all the employees in his charge. May he now rest in peace.


From Tony Spota: Dearest Boss, Thank you for all you've done for every one of us and for all you've taught me. You are now at peace and at a place where all your questions are answered.