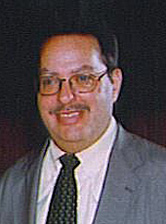 Leslie (Les) Savran passed away suddenly on Wednesday, August 5, 2009.  Les was a 40-plus year career employee, beginning at Manufacturers Hanover Trust in 1967, then Chemical Bank and, up until the time of his death, JPMorgan Chase, in an unbroken string.

A Vice President in Escrow Services TSS, Les was a pioneer and mentor in his field.  He was well known for his innovation and skill for creating new applications for the escrow product.  “Everything is an escrow,” as he often said.

Raised in Brooklyn, Les was a graduate of Brooklyn College.  He then received his law degree from Syracuse University in 1969 and became a member of the New York State Bar Association.

Outside his life at work, Les was an extremely devoted husband and father.  He never missed any of his four sons' sporting events and took a very active role in their education.  As much as he was a loyal employee of the bank for 40-plus years, Les was a more loyal family man, married to his wife, Ellen, for 41 years.

Les was also a very spiritual man, who belonged to two synagogues: The Community Synagogue and the Chabad House of Port Washington.  He attended Torah study weekly at both synagogues with his wife.

Les is survived by his four sons and wife. He resided in Port Washington, NY.  He was brother-in-law of CAA member George Renert.

Those wishing to share remembrances of Les should send them to: news@chasealum.org.