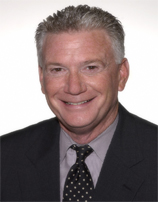 Life After (& During) Chase: PENCIL Sharpened

As a veteran of branch banking at Chase (1976-1990) and a retired senior vice president of Washington Mutual, John Benevento knows a thing or two about financial transactions and catering to customers.  Now he’s leveraging his banking savvy at the Castle Hill Middle School in the Bronx – having created a student-run store.


The store, the brainchild of one of the teachers, sells school supplies and snacks.  It's an initiative Benevento developed at Castle Hill through the not-for-profit PENCIL, on whose Board he serves. PENCIL inspires innovative solutions to the challenges facing New York City public schools by building and supporting customized relationships between business leaders and principals. The program provides a flexible yet structured way for members of the business community to contribute their unique expertise, skills and resources to help meet the needs and goals of schools.

Benevento works between five and 10 days a year at the school, located in the Bronx neighborhood in which he was raised. “It seemed like a natural opportunity for me to get involved in the school,” said Benevento, who also funded the initial inventory for the store. “Working in a business environment provides students the leadership skills they need to be successful in any field.”

Benevento was himself successful in many fields at Chase, starting out in Corporate Banking, then joining Corporate Systems and International, before running retail branches south of 41st Street in Manhattan and then the customer service call center.  He returned to the Chase family via the WaMu acquisition and stayed for six months, leaving March 2009.  He began working with PENCIL while he was at WaMu.

"The first principal I worked with was on the verge of retirement and totally burnt out," Benevento recalled.  "In my second year, she was succeeded by a younger, less experienced but far more enthusiastic replacement. Over the last three years, I have watched the transformation of the school under his leadership. We have had many conversations on the subject of leadership, and I would like to think that my influence has played some small part in his success."

"I was pleasantly surprised at the similarity in issues between the business and academic worlds – pleasantly in that I was able to utilize my experience to the benefit of my principal," Benevento noted. "Probably my biggest surprise was that I started under the assumption that, with the tenure system, the principal would be locked in to dealing with the staff he inherited. In fact, he was able to weed out those who were not cooperating and managed the improvement of those willing to learn – very similar to the 'manage up or out' I have found in the business world."

With more than 400 Partnerships in its network – including Benevento and more than a dozen other members of the Chase family – PENCIL’s Partnership Program is transforming schools throughout the City:
• Jeanine Carlucci-McDonnell, a vice president at JPMorgan Chase, and Teresa Caccavale, principal of P.S. 45 on Staten Island, are developing students’ technology skills through a collaborative Web site called the “P.S. 45 Wiki,” which is maintained by the students themselves;
• Co-Partners Jason Mills and Michael Aguiling, both vice presidents at JPMorgan Chase, are working with Rose Fairweather Clunie, principal of the IN-TECH Academy in the Bronx, to increase career awareness through a speakers’ series featuring employees from different areas and levels within the company;
•  Dan Fontaine, a first vice president and senior regional manager at JPMorgan Chase, is helping expose P.S. 203 students in Brooklyn to minority professionals by organizing “meet-and-greets” with colleagues at his office; and
•  Frank Bisignano, chief administrative officer of JPMorgan Chase, and PENCIL Board Member, has transformed the learning environment at the Bushwick Leaders High School in Brooklyn and shaped the way Principal Catherine Reilly leads her community.  His initiatives include helping acquire a new computer lab complete with wireless access throughout the school, bilingual financial literacy workshops for parents, professional development workshops for the principal, and software training for teachers and students alike.

In a recent independent survey, PENCIL Partners reported that their Partnerships are having a real impact.  Nearly 90 percent of principals said that their Partnership helped develop school leadership and build the school’s capacity in such critical areas as parent engagement and technology, and more than 80 percent said their collaborations enriched student learning.  Business Partners reported that the program has been a personally rewarding experience: About half cited the opportunity to make a long-term commitment and leverage their expertise and resources to support a school as unique and meaningful.  Nearly all of the Partners surveyed valued the comprehensive support that PENCIL provides, including one-on-one technical assistance from a dedicated Partnership coordinator, workshops and trainings, a library of materials, and a Web-based tool created exclusively for its network.

As word of the program spreads, demand among schools continues to grow. In fact, more than 100 City schools are currently waiting for a PENCIL Partner of their own.  If you are interested in participating, visit www.pencil.org or call 646/638-0565 for more information.