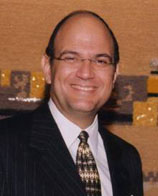 Worked in Treasury at Chase in the 90s

Chuck worked at Chase from 1990 to 1996, in payments and clearing, including Chase Treasury Solutions.  At his death he was a Senior Principal at Fortent, previously having been a managing director, new technology, for the software company. Prior to his work at Fortent, he was managing director, FI Insurance, Global Transaction Services, Citibank.

Born in Coral Gables, Florida, Chuck received his aeronautical engineering degree from Georgia Tech and his MBA from the University of Utah. He also attended the Executive Marketing Program at the Stanford University Graduate School of Business.  Chuck served proudly in the U.S. Air Force in Southeast Asia and Europe. Upon retirement from the Air Force as a captain, he began his career in the banking industry.

He is survived by his wife, Laurie Thomas of Scarsdale, NY, and his children, Spears (Byron), Jillian and Ian.

In lieu of flowers, memorial gifts to an organization that figured prominently in Chuck's life would be most appreciated: Congregation Kol Ami, White Plains, Gilda's Club Westchester or the Leukemia & Lymphoma Society.

From Randy Schafer: Chuck Mallis was a colleague, my manager and a friend from soon after we first met in Treasury Services back in 1993.  This friendship continued in the decade after we had both left Chase.  I was always interested to learn what Chuck was up to both professionally and personally, and he had similar interests in how my family and I were doing.  We always managed to have lunch once or twice a year.  The friendships we formed with each other and with our mutual friends to this date will last a lifetime, which sadly for Chuck, was far too short.


From Patrick Blake: Sadly, I learned of the early passing of Chuck Mallis. I had the pleasure of working with Chuck in the GPTS group for Deb Talbot in the exciting but tense times leading up to the merger with Chemical, in the mid-1990s. Chuck was always friendly and encouraging and kept his cool even in the toughest times. Thinking about Chuck now, the first few words of Kipling’s poem come to mind:  “If you can keep your head when all about you are losing theirs and blaming it on you."

From Keith Martin: I was sad to learn of Chuck's passing. My condolences to Chuck's family and his many friends and colleagues.  Our paths first crossed when I was at Chase between 1965 and 1994.  Then we lost touch, having gone our separate ways.  We reconnected when Chuck's firm, Fortent, contacted me in my then role as Director, Anti-Money Laundering Compliance Assessment, at the Canadian federal financial institution's regulator, the Office of the Superintendent of Financial Institutions Canada. It was Chuck who put me in touch with the Chase Alumni Association.

From Martin Lebouitz: Chuck was a great guy. Even if he didn’t always agree with you, he was an intelligent person you could have a great give-and-take with. He had a wonderful sense of humor and a great sense of honor.  Like Chuck, I was also a Vietnam era AF officer. I appreciated his pride of service and can do attitude.  He will be missed.

From Jonathan Timpson: Whilst I only knew Chuck in his days at Chase Manhattan, I will remember him for his boundless energy and his ideas for the business that always seemed to be 10 years ahead of anyone else.  Our thoughts are with his family.