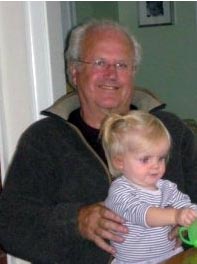 Reflections on a Career

I was born in 1942 in Bangor, County Down, Northern Ireland, where my father, a naval surgeon, was stationed during World War II.

He subsequently acquired a general practice in the dales in North Yorkshire (the BBC program All Creatures Great and Small may ring a bell!), where we lived until his retirement.

By then I had acquired a BA in economics from Durham University and was a qualified Chartered Accountant.

By a twist of fate, a colleague at British Leyland, where I was enjoying a not-too-auspicious sojourn as a financial accountant, gave me his copy of the FT and showed me an advertisement: “Young professionals with passports, willing to travel, call Joe Ferrigno at Chase Manhattan Bank, Woolgate House, London."

I duly called and was actually surprised to get an invitation to an interview. I travelled to London and met Joe, George Ziller and Bob Enslow, among others, and saw an entirely new and extremely exciting world.

To my considerable amazement, I was invited in 1970 to join Global Credit in London, and that was the beginning of a wonderful journey.  Chase's Global Credit Training program was recognized around the world and gave me friends and contacts who would remain important to me the rest of my life.  Wherever you found the Chase "mafia", you found a collegial group that spoke the same business language, that thought about credit in a similar way.

I went with my family to New York in 1971, when the World Trade Center was starting to point skyward. We lived on Staten Island, in a house owned by a retired New York City policeman, who, with his wonderful Italian-American family, was also our neighbor.

Eventually we moved to Princeton, which became a permanent and emotional home, and, in many ways, remains just that. I left Chase in 1974 and spent two years at A.G. Becker, then a commercial paper powerhouse, before returning to work for Stew Gager at Chase. I had previously worked for Stew in District 4 at 1CMP.

Next I went to Malaysia as Chief Executive of Amanah Chase Merchant Bank, a newly formed venture in a country about which I knew very little. It was the beginning of my involvement with Asia, which continues to this day.

We returned to New York and, as frequently seems to be the case, life at head office appeared to lack much of the excitement and challenge of an overseas assignment. So I accepted an offer to move to Hong Kong and join the now late-lamented Baring Brothers.

The children were growing up and Barings was not for me, so we returned to New York.

Eventually I arrived at Midland Montagu in New York, joining many ex-Chase colleagues there, including Stew Gager, Dick Peterson and Doug Werlinich. Together we were picking up the pieces of Midland’s disastrous Crocker Bank adventure in California.

Eventually HSBC acquired Midland and it was time to move on to Standard Chartered Bank, which became my home in 1994 and remained so until I retired in 2008.  In 2003, I move to Singapore for the bank.

In November 2009, I began the process of returning to the United States.  I have chosen Boston as a place to live. Both my children live within an hour on either side of the city, and I have four grandchildren, with one more on the way. It will take time to acclimatize after four years in the tropics.

It should be evident from what I have written that Chase has played an absolutely central role in my career and life.  Many enduring friendships, all over the world, are the product of my time at the Bank, as is a sense of great pride at having been involved with a unique and extraordinary institution that allowed me to completely change the direction of my life.

Although I have not yet found the “magic” that was always supposed to exist in the world of retirement, that search will presumably continue.