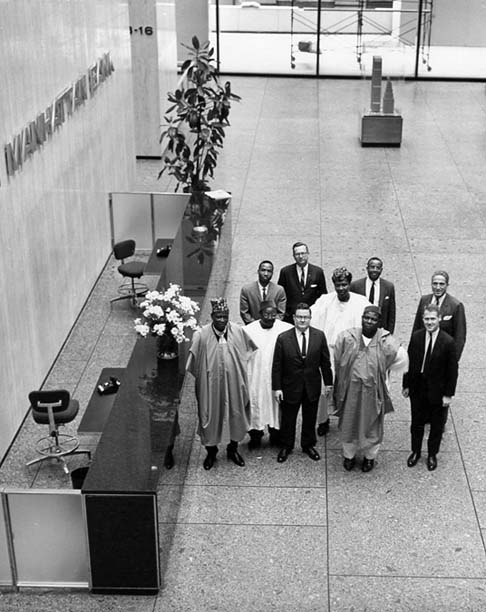 CMB Photos from the Collection of Harry Geyelin

His daughter, Toni Geyelin, found a trove of photos from a South American trip of 1965 and wanted to share the pictures with her fellow CAA members.

One photo she found, however, has nothing to do with South America.  The undated picture to the right was taken on the occasion of CMB's entertaining the Nigerian Economic Mission on the 60th floor of 1CMB, though the photo was taken in the lobby.