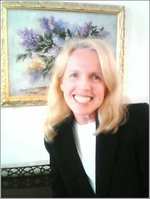 Alice Krause was a member of one of the earliest Chase Training programs (’72) that included women, and was generally the first woman in any of the credit-related positions she filled during her 17 years at Chase.

Krause didn’t particularly feel like a pioneer at the bank, though when she joined “you could name all the women officers at the bank, there were so few.”  She never felt challenged as a woman at the bank, until she had her third child. Chase was very supportive of me and let me work part-time. They were very flexible,” she said. “Today I could have done it, but back then we didn’t have the Internet, and it was a downtown bank.”  It was too much with a newborn and kids, four and six, and a husband who was travelling a great deal.

So Krause did volunteer and charity work and took care of the children while they were growing up.

The six-year-old is now 30, a technology consultant who studied electrical engineering at Harvard. The middle child, Christina, studied the history of art at Harvard before attending its law school.

When her son, Peter Jr., finished Harvard before entering Harvard Law School as well, Krause “wanted to do something different.”  In the late 1990s she started familyfriendly.com, a site about the work-life balance, with articles about women going back to work and family friendly employers.

After a lot of other mainstream sites began covering these topics, she looked for another topic that was being ignored.  Out of this investigation, in 2005, came newsonwomen.com, which won the “Stevie” Award for Women in Business, for the best blog in 2009.

“There is little in the media on individual achievements of women,” she said.  “I see women in all sorts of jobs in all sorts of industries, but because they don’t get attention, people don’t think they’re there.  There are plenty of role models out there.”

She doesn’t find it useful to talk about glass ceilings, though she has no doubt they exist in certain sectors.  “Women have to run the extra mile in politics,” she said, but notes how many are doing well in business. But the articles don’t pick up as much on women as CEOs,” Krause said.  “The press is part of the problem.”

All they focus on is how many CEOs there are vis-à-vis the Fortune 500. That’s not how you measure women’s success,” Krause said.

“Women are definitely doing a great job on the entrepreneurial side – not always because they can’t get ahead in their career in corporate jobs, but because they like the idea of being their own boss and having their own flexibility,” Krause noted.

Sometimes newsonwomen.com provides information on women that cannot be found elsewhere – or at least not for free. Krause was asked, for example, for a list of female college presidents.  The associations that might have that research were not willing to share: It was only available to their paid members.  So Krause had some interns help her and compiled a national list of female college and university heads.  (At least half of the top 12 schools have female presidents, by the way.)

Krause’s Web site has sections on women in business, the arts, philanthropy, education, and science and technology.  The latter is an area of special interest to her.

“We try to encourage girls to study math and science and feature a lot of conferences encouraging girls to get interested in math, technology and science,” she explained.  “If that’s where jobs will be, we need women qualified for them.”

The Web site has job listings, and Career Builder is one of her “diversity partners.”  While Krause gets a fee if someone applies for a job through the link, the real purpose of the listings is to give her viewers an idea that “there are good jobs out there."

And while there are certainly opportunities for advertising, sponsorship and affiliate marketing groups, she has not yet focused on monetizing the site. She seems to feel recompensed by the e-mails thanking her for the site, and the users who sign up for RSS feeds because her site “makes [us] feel that we’re getting somewhere.” She’s proud that newsonwomen.com has excellent placement in Google searches.

“Sharing information is the currency of the new economy,” Krause said. “If you want that next big assignment, people have to know who you are. Headhunters search through newspaper articles. If people aren’t writing about you, they don’t know you.”

Chase Alumni can help by sending her news about women’s achievements, or contacting her if they want to write something for the site.  “But it’s all positive news,” she emphasized. “It’s all about achievement.”