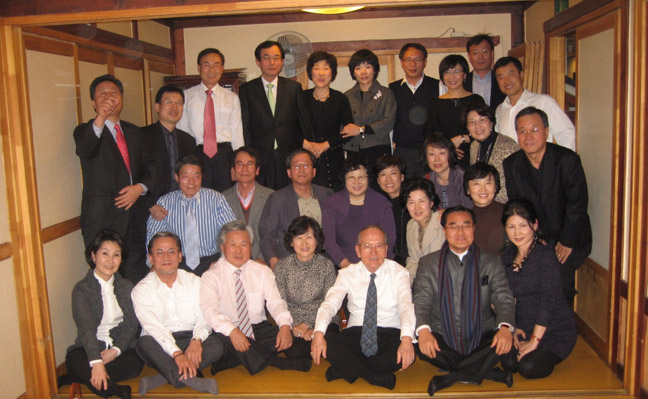 James C. Spackman*, coordinator of the CAA Chapter in Seoul, South Korea, reports that the chapter held three golf outings, in March, June and September 2010, with an average of four or five golf foursomes following rounds with lunch.

The "DTH Club" also gathered for two dinners, on May 1 and November 24, drawing together some 30 men and women for drinks and dinners.  Photos are from the November 24th gathering.

* bottom row, fifth from the left