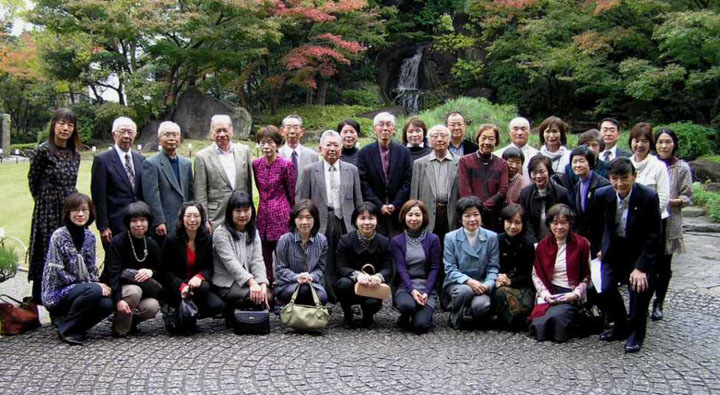 About two and a half years ago, when the last meeting of the Chase Alumni Association’s Tokyo Chapter took place, I wrote that it was the end of an era. Little did I know that the Osaka Chapter would continue for another 30 months.

On behalf of the Chase Alumni Association, I would like to thank you for your efforts in supporting all of the Chase Alumni in the Kansai over the many years. You have done a great job in arranging numerous events to build the enthusiasm of the Alumni members.

In looking back over the more than 60 years that Chase has been in Japan, there have been three very notable accomplishments. The first was the transition from a retail oriented Military Banking presence to a first-rate Corporate and Financial Institutional Bank with a major trading capability. This required the staff to be extremely flexible and to learn new products and services. The second was to integrate the gaigins into Japan and explain the unique way of doing business. Finally, I strongly believe that the Japanese staff played a key role in developing the foreign staff for future executive positions. Within Chase, there have been a disproportionate number of very successful senior executives who were trained and developed in Tokyo and Osaka.

We will never forget the graciousness and the help extended by the staff. You should take great pride in what was accomplished in Japan and the critical role you played in building Chase’s success in the marketplace.

We wish you all continued good health, much happiness, and a long and fruitful life.

The CAA Osaka Chapter held its final general meeting and luncheon on November 22, 2010 at the Taikou-en, a banqueting hall. The meeting was attended by 33 participants, including registered CAA members as well as former unregistered members.

The meeting was opened and carried out by Mr. Yoneda as host.  He led a silent player for the seniors and colleagues who died while working for the bank.

Mr. Amemiya, the chair, mentioned what stood out in his memory:


Mr. Hiroto reported on revenue and expenditure settlement, and disposition of the balance was approved by the participants.

Mr. Takahashi, who had served as coordinator between Tokyo and New York for many years, and also served as Osaka Branch manager for some time, talked about his fond memories. He said he loved the character of Osaka, the warm hearts of its people and its foods, and said he once seriously thought of living in Osaka.

After taking a commemorative picture, Mr. Kiyohiro proposed a toast. Then, for about two hours, all attendees had an enjoyable time exchanging greetings, catching  up on recent news, talking about happy memories among close friends and sharing stories.

When it came to wind down the festivities, Mr. Morita made a closing address, briefly touching upon his experience at Chase Osaka, stating that as the domestic and international economic situation had changed, the commission earning business at the beginning shifted to marketing and loans. This required more staff with credit course training and fluency in English, and that the hardest thing was to to communicate in English.

He thanked the members for their cooperation and assistance in sustaining the CAA Osaka chapter up to this time, and sincerely wished good luck and health to all the participants.

The above is about how the CAA Osaka chapter closed its history.

The Osaka chapter wishes our CAA members around the world:
“May peace, joy and happiness always be yours, especially now at Christmas and throughout the New Year.”

*  Click here for photos and tributes from the closing of the Tokyo chapter.

Anyone wishing to share a tribute, memory or message regarding the closing of the Osaka chapter should send it to: news@chasealum.org