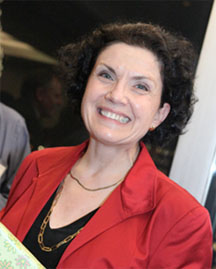 This isn’t just a story about a Life After Chase.  For Joanne Antun, it’s about challenges, opportunities, and, quite devotedly, a life in politics and civic engagement.

Shortly after leaving the firm, Antun became the acting mayor of Valley Stream, New York, a Nassau County village of about 40,000 on the border with Queens, with a workforce of 190 that swells to over 400 in the summer.


And on February 15, 2011, the village trustees appointed her the first female mayor in Valley Stream's 85-year history.


Antun was born and bred in Queens, going to parochial school and getting her college degree “between children” by going to St. John’s University at night over a period of 13 years.

Antun joined Chemical Bank’s education finance group on December 17, 1984.  At the merger with Manufacturers Hanover she moved to the corporate consumer credit risk group and then the community development group, where she was involved with fair lending.  Shortly after the merger with Chase, she moved to corporate compliance and operational risk management.  “Then came 9/11, the opportunity to learn about emergency preparedness and a position with the regional banking group’s business continuity team,” she explained.  With the BankOne merger, Antun moved to corporate continuity,  which is today known as business resiliency.

“I was always impressed by the firm’s investment in emergency preparedness, crisis management and both business and technology recovery.  We always took the time to evaluate our plans, what worked well and what we could do better – a continuous focus on process improvement,” she said.

Antun needed her own resiliency plan when in 2008 her mom lost her battle with lung cancer and the very next month Antun herself was diagnosed with breast cancer.  “The firm gave me the flexibility I needed to navigate the health care system during both events,” she said.

Breast cancer left Antun considering a slower pace, and she welcomed the retirement opportunity that arrived in the spring of 2010.  Upon leaving the firm, she planned to complete her commitment to the village of Valley Stream and explore opportunities in the not-for-profit sector. "A higher authority had other plans," she recollected.

With the necessary corporate approvals, Antun ran for and won elected office as a village trustee in 1992 and again in 1999.  She has been in continuous office since then.  “My role as a trustee always took a back seat to my position with the firm,” she said.

Antun was appointed the village’s deputy mayor in the fall of 2009.  With the mayor’s unexpected death in the summer of 2010, Antun became acting mayor.  As of February 15, 2011, she's mayor, with her term expiring on March 31, 2011.  After 16 years of public service, Antun looks forward to this second retirement and will once again set out to explore opportunities in the not-for-profit sector.

In preparation, Antun has been working with a “Halftime” coach.  “It’s a dynamic coaching concept,” she said.  “We boomers have spent the first half of our lives focused on success.  In the second half, we get to focus on significance.”  Antun is currently lending her talent to a local church seeking to expand its outreach program.  Also on her radar screen is a start-up in Queens focused on providing transitional housing for victims of human trafficking.

Antun has no intentions of leaving Valley Stream any time soon.  She’s going to become a grandmother in June and admittedly needs to devote more time to her “significant other” – her “Rock of Gibraltar”:  Antun has been together for 14 years with “the guy who showed up one day to fix the short in the doorbells.”