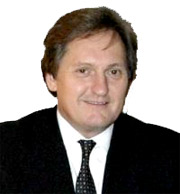 Meet the Board: Simon Mansfield

Man of Many Roles

Simon Mansfield is also coordinator for the London chapter of the CAA, a CAA board member, a husband, father of two teenagers, a homeowner in southwestern France (where he and his neighbors tried to launch a security alarm business) and one terrific lunch companion – affable, with stories galore.

Mansfield worked for Chase Manhattan from 1978 to 1990 in New York, Hong Kong and London, beginning with Chase Econometrics. He also worked in Asia, EMEA and European Finance/Capital Markets, Infoserv/wholesale products and International Institutional.

He stayed in Asia and worked with Banque Paribas and Standard Chartered Bank, which also took him to Singapore. He  worked for HSBC as well.

He was in international banking for nearly 25 years, 12 years abroad, 13 in the United Kingdom.  He went into executive search after Standard Chartered eliminated his unit.  Subsequently, as a headhunter, Mansfield has helped rebuild much of the bank's forces – the assignment he considers the most rewarding in his near 14 years in this second career.

He was formerly chief executive of The Consulting Partnership, an international financial service search firm based in Singapore, and helped to grow the company to over 40 employees in Europe and Asia.  At Stanton Chase, Mansfield was global account manager to the firm's largest financial services account and was directly responsible for assignments in the United Kingdom, United States, Asia, Middle East and Africa.

Now he serves as Managing Director in DHR International’s London office in Berkeley Square – presumably near the singing nightingale. (Mansfield, an opera fan, would notice.)

It's his "extra-curricular" activities, though, that leave the even greater impression; he must be the master of the 26-hour day. Despite spending New Year's Eve in Charing Cross Hospital's cardiac unit when his lifelong problem with atrial fibrillation flared up, he spent last weekend winning two doubles matches in a "real tennis" tournament, representing the Hurlingham (Club) Pigeons.  He describes real (from "royal") tennis, also called court tennis, as a game that brings together the skills of tennis, squash and, most of all, chess. There are only 47 (some say 49) facilities in the world for this so-called "sport of kings".  The Hurlingham Club, where Mansfield chairs the real tennis sub-committee, does not yet have a court, but it does have a Mansfield Trophy for the sport.

Mansfield is an elected governor of Moorfields Eye Hospital for South West London, an association that was born from his being treated there for an eye ailment. (It's not hard for institutions to recognize that he's a volunteer you want working for you.)

He is a serving magistrate in the City of Westminster, a voluntary post that does not require him to wear a wig or robe but allows him to refer thieves, prostitutes, scofflaws and white collar criminals to a higher court or sentence them to jail. Magistrates, who come from all walks of life, sit in bancs of three and are required to give at least 26 half-days per year to their local court.  Mansfield finds the work fascinating and worthy, but it also convinced him that he has no regrets that he didn't become a lawyer or barrister.

Mansfield is a councillor of the Tennis & Rackets Association and an active member of the Society of Business Economists and the Society of Technical Analysts.

He and his wife, Tricia, have two teenage children who are dying to visit America.  (The CAA is encouraging him!)