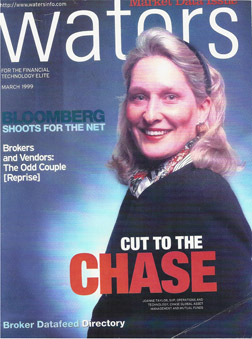 Working to Prevent a Tragic Loss Like Her Own

JoAnne Taylor Babbitt had recently taken her 16-year-old son for a physical.  The doctor called John "one of the healthiest kids he'd ever seen" – nary a cold or virus, a dedicated athlete, a handsome, popular baseball-loving teenager.

A couple of weeks later, John collapsed while playing basketball at his Youth Ministry League in Chatham, NJ.  Within minutes he was dead of sudden cardiac arrest, the result of an undiagnosed heart condition.

"You think your life is going to run normally, some days better than others, but you never think your whole life will be changed in a minute," said Chase alumna JoAnne Taylor Babbitt. "The pain of losing a child is something you cannot describe." 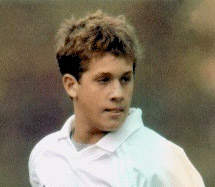 She was soon surrounded with love and support from her friends from a 21-year career at Chase. She'd begun at the bank in 1980 as an assistant treasurer/auditor in the General Auditing Department – the same year she met Dave Babbitt, who was going through the Chase Credit Training program.  Several Chase positions later and shortly after having her second son, Andrew, she accepted an offer to be Vice President and European Client Service Manager for Global Investor Services at Chase's center in Bournemouth, UK. The family lived in Winchester, half way between Bournemouth and London, where Dave was working for Bank of New York.  JoAnne served as Global Service Delivery Executive Europe from 1994 to 1998 before returning to the United States with the family; Dave insisted they do so when John and Andrew began acting and sounding a bit too British.

JoAnne left Chase in 2001, shortly after 9/11 and the merger with JP Morgan, as a senior vice president in Wholesale eCommerce Customer Care/Wholesale Operations & Technology.  From 2001 to the end of 2005, she took off time to be a stay-at-home Mom until the boys were 14 and 16, only going back to work at Barclays Capital in Whippany, NJ, on January 2, 2006.

John, a sophomore at The Pingry School, died less than two months later, on February 26.

JoAnne stayed at Barclays through Thanksgiving, not wanting any more sudden change, but then realized her younger son needed more of her time; moreover, The John Taylor Babbitt Foundation, which had been envisioned  over the summer of 2006, was beginning to be a reality.  "We wanted to do anything we could to prevent other families from going through what we did," she said.

The John Taylor Babbitt Foundation is a non-profit 501(c)3 organization founded in John’s memory and dedicated to preventing sudden cardiac death. The specific goals of the foundation are to:


"We spent a lot of time thinking about what we wanted to focus on," she recalled, "and decided that what would have the most impact was getting more public places to install AEDs [automated external defibrillators].  We do not know if one would have saved John, if one had been used on him sooner.  They didn't use one until four and a half minutes after he collapsed, and that was too late."

Without a defibrillator, JoAnne said, there's only a seven percent chance of survival after a sudden cardiac arrest.  By using an AED within three to four minutes after a cardiac incident, the survival rate climbs to 50 to 70 percent.

This is only one of the statistics JoAnne can now rattle off without blinking (or crying). She went through a sharp and swift learning curve, aided by the doctors at Morgan Stanley Children's Hospital at Columbia Presbyterian and Dr. Martin Maron at the Tufts Medical Center, who worked with the Babbitts to try to understand the underlying cause of John's death and track any heart issues in their famiiles. The doctors also needed to examine Andrew, another avid athlete, to see if it was safe for him to participate in school sports.  Now at the College of the Holy Cross in Worcester, MA, concern over a very slight thickening in the heart muscle has Andrew sidelined, managing the lacrosse team.  He's an active player, however, in the work of the Foundation and appears in a video made about the group by and for the the Johnson & Johnson Health Channel.

Neither the American Heart Association nor the American Academy of Pediatrics recommends that youngsters automatically get an EKG or echocardiogram, unless, perhaps, they get short of breath or faint when playing sports.  "And there are not enough pediatric cardiologists," JoAnne observed.

But every time there is a news report about a young pro athlete or high school or college athlete suddenly dying on the field, there are new questions about whether young athletes should be routinely screened.

"These are usually cases of an arrythmia, set off by a genetic heart condition," JoAnne continued.  "With older people, it's usually a 'plumbing problem' – a clogged artery.  John's autopsy definitively proved that he had hypertrophic cardiomyopathy (HCM)."

In HCM, a portion of the heart muscle – the myocardium – is hypertrophied (thickened) without any obvious cause; younger people are likely to have a more severe form of HCM, although often symptomless.  HCM accounts for 40 percent of all the sudden cardiac death cases.

"One out of 500 people have HCM," JoAnne said.  "We know that either Dave or I have a mutated gene that causes it, but neither of us has one of the 10 genetic mutations that scientists have so far identified as causing it.  There's a 50 percent chance that Andrew has it.  He had his first cardiac MRI at 14, after John died, but he doesn't have any of the identified 10 genetic mutations either."

CAA member Gerry Scales was John's Confirmation Sponsor and is now treasurer of the Foundation. "I remember John as such a giving, loving and intelligent young man with a wonderful sense of humor. He had such a natural way of touching people of all ages beyond his own years," he said.  "His passing is something that even today is difficult to comprehend.  Dave, JoAnne and Andrew have done an extraordinary job of reaching beyond their own grief to create the JTB Foundation. Their passion to raise awareness of sudden cardiac death and to have others learn from their own tragedy is to be admired. Where others may give up, they have have moved forward so that we all may learn from John's passing.

"The Foundation is creating momentum in community, educational and legislative initiatives to raise awareness of sudden cardiac death. Whether it is through placing defibrillators on athletic fields, academic studies or improved legislation, the Foundation's goal is to use the funds that it raises to apply to any of these efforts. As JoAnne says often, 'It is a journey,' but one in which the Foundation hopes to make significant impact as the journey continues." 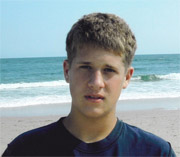 Part of the on-campus growth of "JTB Clubs" stems from John's and Andrew's classmates at Pingry.  A friend goes on to Villanova, for example, and there's soon a JTB Club at Villanova.  JoAnne stresses that the purpose isn't for these clubs to raise money to be sent to the Foundation headquarters.  Rather, the clubs form alliances with the school nurse, athletics department and administration to raise awareness about sudden cardiac death and raise money to buy – and install in prominent places – AEDs on campus.  AEDs range in cost from approximately $1,400 to $1,700.

The clubs often organize their local version of the "Walk with Heart" fund-raiser first created by John's classmates the spring after his death.

As part of a "sudden cardiac arrest coalition", the Foundation has joined forces with similar groups to try to get the New Jersey "Good Samaritan" law changed.  Many schools and municipalities are reluctant to install AEDs for fear of liability issues.  "We're seeking immunity from liability for people who are not CPR/AED trained, though surely, whoever buys the unit usually is trained," JoAnne said.  "People are gun shy about requiring the devices.  Technology has come so far, though. An untrained sixth grader could use an AED successfully.  The devices won't even fire unless a shock is needed."

So you can find JoAnne in Trenton meeting with state assemblymen or in a booth at the Chatham Farmer's Market, explaining why the Good Samaritan law should be changed. "Connecticut just changed its law," she reported, "and New York's has changed but is still convoluted."

Her other crusade is making the AEDs visible and accessible. "You should know where they are.  It doesn't make sense if they're hidden," she said.  "They should be available on playing fields, in dorms, in theaters."  Having just travelled through Penn Station, she was pleased that its AEDs were easy to spot.

The Foundation also organizes educational programs during the year.  This past February, for instance, its "Mitigating Sports Risks for Students" program included presentations and a panel discussion on concussion occurrence, cardiac issues and ACL injuries, all of which are critical issues in youth sport health and safety.  With a focus on measures that can be taken to minimize risks to student athletes, the event brought together athletic directors, trainers, coaches, school nurses, parents and athletes. The John Taylor Babbitt Foundation is recognized by the Board of Certification, Inc. to offer continuing education for Certified Athletic Trainers.

JoAnne's local community has been wonderfully supportive.  A holiday luncheon last December in Chatham drew 300 women and raised $43,000.  "We're now in a position to fund a small portion of an existing scientific initiative –perhaps to fund a graduate assistant at Morgan Stanley Children's Hospital or Tufts Medical Center," she said.

She finds two skills she learned at Chase particularly helpful in her volunteer work for the Foundation: her ability to convey what she feels about a particular subject when speaking publicly, and the ability to "get a goup of people to work in the same direction to achieve a goal."

But is it difficult to be constantly confronted and absorbed by the demon that took John?

"It makes me feel closer to him, and it’s rewarding.  I know it’s making a difference," she said.  She admits that the work for the Foundation is time consuming, even at times all consuming.  "I intentionally try to find a balance."

As the banner on the JTB Foundation Web site says, "We must learn to cherish the small things, appreciate the seemingly insignificant moments, and make the best of the time we have."

"I had him for 16 wonderful years," JoAnne said.