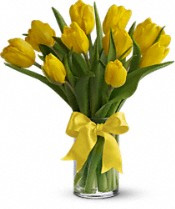 Many of our members worked at the bank before the computer age and were dependent on many a secretary or administrative assistant for typing as well as countless other tasks.  We had hoped we would hear tributes to some stellar support staff.  Instead, we received the following two stories.  While possibly inappropriate for National Secretaries Week, they're too good not to print!

Anyone with another tribute (or anecdote) is welcome to send it to news@chasealum.org.

Ed Coster on a unique temp: It was around 1970. In the Personal Trust Administration department we often had temporaries in to replace vacationing secretaries. In one instance we had a woman in her early 30s arrive. Very professional; excellent phone skills with wealthy clients; very good dictation, typing etc. The day before her two-week stint was up, she was in discussion with one of our female officers, who asked her why she did not apply for a full time job.  Many people in New York are actually artists, musicians and actors “paying the bills” with temp work. Our young lady explained that she was an actress. When asked for an example of her work, she quietly named one of the then enormously popular X-rated films. After she left, the officer asked if anyone had heard of the film named. Several of us had.

From Linda Parish: Nonchalantly, the administrative assistant said she was going to have lunch with her husband at home.  When she arrived, she found him in bed with another woman.  She promptly shot him and her.  Needless to say, she did not come back from lunch. None of us saw that one coming… I always raise an eyebrow now when someone says they’re going to meet their spouse, boy/girl friend for lunch.