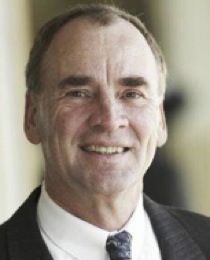 Known as "Hank the Bank"

Banking executive Henry Auffarth, affectionately known in the commercial lending business as “Hank the Bank”, died suddenly from a heart attack on August 22, 2011. He was 63.

Auffarth, who lived in Larchmont, was a tireless crusader for various charities. For 13 years he served as president of The Child Center of NY, a nonprofit agency that helps at-risk children succeed in life.  Memorial contributions can be sent to the Center or Pet Rescue of Larchmont, PO Box 393, Larchmont, NY 10538.

He is survived by his wife, Tisha, three children and seven grandchildren.

Auffarth was also a friend and supporter of the Long Island Business Development Council, often acting as guest speaker for its events.

From Denise Kennedy, Executive Administrative Assistant, JP Morgan Asset Management (October 19, 2011): I was devastated this morning when I ran into an old co-worker from “Citi” and learned of Hank’s passing.  I was Hank’s administrative assistant at Citi for a year.  He was fun, very knowledgeable about everything, a pioneer and so easy to get along with.  The thing I remember most about Hank is that he loved his “little black book” – his contact book, his life line.  I had to back that book up (re-write a hard copy) at least twice to ensure he had a copy in case he lost it.  He was adamant not to change over to the BlackBerry or any other electronic device other than his cell phone (chuckleJ).  He was a great man.  My condolences to his wife, children and family.

From Keith Martin: I met Hank in 2007 on a flight to London from JFK.  Despite his material success in life, he was travelling in Economy whilst his family travelled up front in order that he wouldn't ever forget his roots.  We talked a lot about his work with The Child Center in NY because I too was involved in helping mentor children outside of my professional life.
Six years later (in which time I've moved to the US from London) and I today re-read our email exchange from after the flight, then searched to see where Hank is now.  It is so sad to see that he has passed, but I'll always remember the warmth and happiness of our brief meeting.
I saw on your website that you accepted submissions of remembrance.  I hope that his wife, children and grandchildren can read this and be reminded yet again what a great guy he was.

From Cecelia Doris-Tymes Epps: On April 22, 2015 I ran into a former colleague and she told me the disturbing news that my former boss Hank Auffarth had passed away. There are no adequate words to express how it hurt my heart to listen to this sad news. Hank had a tremendous heart towards people. He was the ideal boss!  I remember he wanted all us to watch one year Channel 4 when he had the honor to light up the Christmas Tree at Rockefeller Plaza. His generous spirit and warm affection towards all will never be forgotten. Hank lived a full life of good deeds towards people.
My belated sympathy goes out to his wife, children and grandchildren!  They have wonderful memories of a loving husband, father and grandfather that will live in their hearts.