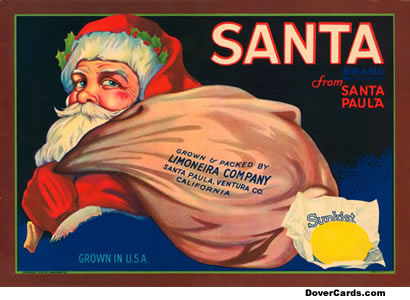 From Ken Walker: It was the Audit Division's Christmas Party of 2001, and in the aftermath of 9/11, to help lift everyone's spirits, Bill Moran decided to have a talent show.  To everyone's surprise, there were some very talented people with some great performances the afternoon of the party, and at the end of the show Santa arrived and wished everyone a Merry Christmas.  Unfortunately Santa didn't know when to leave, and he proceeded to the 50th floor of 270 Park Avenue and began drinking and dancing. Of course as the night went on, the Santa suit got warmer and warmer, so Santa drank more and more.  Finally, after much dancing and drinking of eggnog (and other libations), Santa took off his pants (he was wearing boxers) and continued to dance the night away, proclaiming himself to be the Adult Santa who wanted to hear what people really wanted for Christmas.

Needless to say, but Santa was never invited back to any of the Audit Divisions Christmas Parties...

From Laura Hill: I started with Chase in 1984 and ran various operations groups at New York Plaza.  One of my colleagues back then talked about how years earlier David Rockefeller would walk the halls on Christmas Eve and walk from desk to desk shaking hands with people. These were fond memories for him, and something he felt was missing from subsequent senior executives.

From Martin Poole:  Monrovia, Liberia Christmas 1985...I was the Operations Manager for the Chase Liberia offices.  The staff requested that we play Christmas music during the holiday season in the banking hall.  It seemed like a good idea at the time.  There was only one problem: We could only find two Christmas music CDs to play and my office was next to one of the speakers.  Just imagine listening to the same 20 songs for about three weeks from 9 to 5 every work day!  There are still certain Christmas songs that I prefer not to hear during the holiday season.