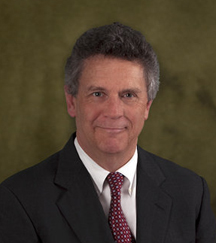 For most people, retiring to Vermont is “aspirational”, said Chase alumnus Dave Hakins. For him it was going home.

And let’s not call it retirement: Since moving back to Vermont in 2005, Hakins has been Director of Sales & Promotion for the Vermont Department of Tourism & Marketing, executive director of the Vermont Convention Bureau, restoring it to prosperity, and business development director for The Essex, Vermont’s Culinary Resort & Spa. He’s now the publisher of Vermont Life.

Hakins – an original member of the CAA and the person who introduced “Life After Chase” to its then paper newsletter – was raised in Rutland, VT, where he met his future wife when they were in sixth grade. Together they moved to New York in 1968, intending to stay for a few years but leaving 37 years later.

In 1968 Hakins left his job as a journalist and editor for the Rutland Herald to become a corporate journalist for Pfizer. He moved on to other companies, including General Foods, before joining Chase in December 1978. He left in August 1986 as vice president of corporate promotion.

During his tenure Chase was a presenting sponsor of the Colgate Masters, a major indoor men’s tennis tournament, held at Madison Square Garden. Chase was seriously involved in the major golf tournaments played in the greater New York market.

“One of the most interesting times of my Chase career was in the mid-1980s, when regulatory changes and economic upheaval in the savings and loan industry allowed Chase to move into Florida, Ohio and Maryland and convert S&Ls into commercial banks. I was part of the transition teams, working to make Chase a community partner in the new areas,” Hakins said.

“We made Chase a sponsor of the Baltimore Orioles, and I can remember sitting with two-time Heisman Trophy winner Archie Griffin to discuss sponsorships,” he continued. “We also sponsored the Ohio State Fair in Columbus.”

“I worked with a lot of leaders, really bright people at Chase – the brightest I’d ever been associated with,” Hakins recalled. “Chase gave me my first real experience in international travel and culture. It really opened my mind. When I was running my own company, I could run it on an international scope.”

He also remembers Chase as a place where there were a lot of “Vermont second home owners lurking in the executive suite.” When he would go to Richard Higgerson’s office to work on a speech, Hakins recalled, the meeting would begin with chitchat about Vermont. Hakins left Chase for an opportunity to create his own business: Hakins Meetings and Incentives, in Wyckoff, NJ.

“I had an opportunity to be an entrepreneur,” he reminisced. “I left two years before the Calgary Olympics. Our promotion agency at Chase had five major brands sponsoring the U.S. Olympic Team. All needed large travel and hospitality programs. I found some travel and hospitality experts, and our first project was to take care of literally thousands of corporate sponsor guests… We became the authority on sports sponsorship hospitality – and then went into conferences and meetings, around the world.”

With a partner, Hakins and his wife built a $20 million company with FORTUNE 100 clients. He and his wife raised two sons in suburban New Jersey – getting up to their house in Killington, VT when they could and visiting family back in Rutland.

“Once Vermont is in your heart, it’s all that’s in your heart,” he said. After 20 years, he accepted his partner’s offer to buy him out and moved back to "the native land," with frequent visits to his sons (and grandchildren) in Oakland, New Jersey, and Louden County, Virginia, near Washington, DC.

“I decided that as an alternative to a traditional retirement, I would rather derive satisfaction from working and achieving,” he explained, describing his new careers in Vermont.

He said that Vermont Life is a “regional publishing legend” and one of the strongest brands in Vermont and even New England.

“I’m infatuated with the publication,” he said. “It was the first magazine I ever read on my father’s knee in the 1950s in Rutland.”

Hakins began by being an advertising sales consultant to the magazine last year. In December 2011, he was invited to become publisher. Hakins is developing the digital edition and licensing deals.

Two-thirds of the circulation is from out of state. “I would say virtually all subscribers subscribe because they have a passion for Vermont and for shopping for all things Vermont,” Hakins said. “The advertising of Vermont products is one of the favorite reasons people subscribe.”

The quarterly has been published by the State of Vermont since the autumn of 1946, but, Hakins says, the editorial content is out of reach of the publisher and state. The magazine’s mission, though, is celebrating all the reasons why Vermont is special, and so focuses on outdoor recreation, food (not just the restaurant meals and home cooking but food sources, with emphasis on farm to plate), Vermont entrepreneurs, and the fine and performing arts.

As for Hakins’s personal passion for Vermont, he says it “tracks back to a very happy childhood. I enjoyed hiking and camping and fishing with my Dad and friends.”

“I now know I benefited from the size of things in Vermont,” he added. “It has pretty much all the conveniences of a larger market without the inconveniences. We could walk to school. Dad walked home from work for lunch and was at home by 5:30, and in a little while we’d be ice fishing... There’s something proud about telling people you’re from Vermont. It sparks conversation and envy.”

Nearly 40 years in the New York tri-state area, however, is causing him some torn loyalties in next week’s Super Bowl match between the New York Giants and the New England Patriots – both of which Hakins “likes” on his Facebook page.

“If you live in Vermont, you must be conversant in the Red Sox, Patriots, Bruins and Celtics,” he said, “while in New York, you grow up on the Yankees, Giants, Rangers and Knicks.”

Hakins admits he’ll be rooting for the Giants.

“But I will not wear a Giants cap,” he said. “I once made the mistake of wearing a Yankees cap around here.”

But he lived to become publisher of Vermont Life.