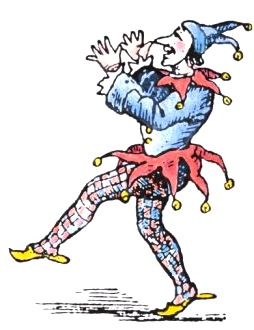 (These stories are for real)

We asked our members to share stories of April Fools' Day pranks played by them or on them when they worked at Chase or the merged banks.  We believe these stories are true!  If you want to add a story, send it to news@chasealum.org.

From Tony Lord: Setting the scene: I am at the end of my tenure in Global Credit, and had just been assigned to Chase, Singapore (where I had the pleasure of reporting to Hendrik J. Kwant). I receive a phone call from a Dr. (forget the name) from Chase's Medical Department. He told me that there had been an outbreak of Rabies in Singapore, and that my family had to come to Chase Medical to receive a series of anti-Rabies innoculations.
I'd lived long enough in Asia to know about Rabies, and what Rabies shots involve, and I started to protest, only to be told firmly that I had no alternative. David Rockefeller was due to arrive in Singapore to hold an International Forum, the day after we arrived. Sooooo, I responded that when David checked in for a series of anti-Rabies shots, the family would be there too. End of conversation.
About 10 minutes later, my phone rings, and it's Brother Peter Larr, confessing responsibility for a very effective joke.

From Bryan Carter: I was much amused to read your April Fool reminiscence, starring of course no other than my dear friend Peter Larr.
I had the pleasure to work with Peter for a number of years and became very aware of his predilection for practical jokes.  Many of us were unsuspecting subjects of his antics and in September 1991 on a Friday afternoon we decided it was time to strike back…..
Peter was utterly wed to his PRS system, an archaic piece of software with which he maintained contact with his many and varied contacts around the world - today it would be called his 'Address Book'. We decided it was time for this software to be deleted from his computer.
The execution of this plot involved the creation of a fictitious systems analyst named U. B. Court (as in "you be caught") and we constructed the attached memorandum recommending to the then CIO, Craig Goldman, that this software should be removed from Peter's computer. The memo was left on Peter's desk.
In his own inimicable way Peter went ballistic and insisted that Mr. Court be located and brought before him; Craig Goldman,  unaware of the joke, spent several hours trying to locate this fictitious member of staff.
Around 5 pm we decided the joke was getting out of hand and confessed.  To his credit ,Peter said nothing; he simply arrived in my office along with all my staff and produced a large pair of scissors:I still have the two halves of one of my favorite ties!
As a postscript: I received a phone call from an unamused Craig Goldman, who stated simply that while he found the incident mildly amusing it was not terribly smart and would I next time inform him before he wasted an entire afternoon trying to locate a member of his staff who did not exist.