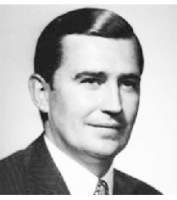 James J. Phelan, a retired executive with Chase Manhattan Bank, died on April 12 in Princeton, NJ.  He was 78 and had been ill for the past three years.

According to Ed Riegelhaupt, Phelan worked as assistant to both Bill Ogden and Frank Stankard, and served as the Secretary to David Rockefeller's International Advisory Committee.  In this respect he also worked closely with Joseph Reed, Rockefeller's chief of staff, and Winston Lord, another colleague outside the Bank.

"Jim was a very private person, even though he was  a warm and helpful individual, he generally preferred to keep any details about his professional or private life close to the vest," Riegelhaupt recalled.

Phelan was Manager of Chase in Paris in the late 1960s.  "Jim, at the direction of Rockefeller, had renovated Rue Cambon wonderfully and made it a treasure of the neighborhood and Paris, just down the block from Chanel," Riegelhaupt added.  "For a while, Jim ran selected banking relationships with certain U.S. government, foreign government and UN agencies, in New York.  This, also, was a very diplomatic assignment, which Bill Ogden, Frank Stankard and David trusted him with.

"After he left Chase, Phelan was a managing director at Vance Capital for many years. Phelan had summered on the South Fork of Long Island in his youth and his fondness for the area around Georgica Beach led him to purchase the Fulling Mill Farm on Georgica Road in East Hampton, NY, in 1964. He was a longstanding member of the Maidstone Club.

Born in New York City on June 23, 1933, he grew up in New York and lived there throughout his life, also spending four years in Paris in the late 1960s and many summers in Montana’s Big Hole Valley.

He graduated from Columbia University in 1955 and was a “tireless proponent” of the university’s office of alumni and development, his family said.

Phelan’s wife, Sondra Sickles Phelan, died before him. He is survived by his children, John Phelan of Princeton, Daniel Phelan of Madrid, Melissa Roessler of New York City, and Michael Phelan of Los Angeles. He also leaves nine grandchildren and a brother, John Phelan of Houston.  A memorial service will be held in the future.

Anyone wishing to share a tribute or remembrance should send it to news@chasealum.org.

From David Bravender: I knew Jim Phelan as a boss, as the Military Banking Division fell under his direction for a period of time.  Several executives to whom I reported did not really understand the value of Military Banking, but Jim did.  And I remember him as a helpful and considerate person.  One year, with friends, in a van, we were driving across the country from New York to the West Coast – to LA, then to Seattle – and back to New York.  Jim invited us to visit his ranch in Montana.  Jim and Sondra were wonderful hosts for several days.  He let us ride his horses, directed us to Chief Joseph’s last stand monument, and generally made our visit easy and fun.  He was proud of actually getting to the break even point after nine years with their cattle raising business.   Years later he looked me up in Bangkok, when Sondra and the head of Pfizer and his wife were visiting Thailand to travel up the Mekong River by boat from near Ubon to near the Chinese/Laotian border. Jim was not only a good banker, but a real gentleman and friend.

From Charles Kovacs: I was very sorry to read the news about Jim's death. We met often for more than five years when we were both on the 15th floor. Jim had a very broad range of knowledge, and it was always a pleasure and a lesson to chat with him. As Ed wrote, he was a very private man, but it was clear even so, that he was compassionate, understanding and, of course, a gentleman.

From Bob Deak: Back in 1978/79, the United Nations complained that Chase was not responsive to its rapidly growing needs.  In short order this wound up in Jim’s inbox.  And, as functional head of New York Operations for the International Department, I was asked to meet with him and provide what help I could.  Under his guidance I conducted a “management consulting” study to see what was really going on.  I made a proposal to Jim that he took to Frank, and a new mini-line of business called International Agencies was born.  And the best news was I got to run it and report to Jim.
Jim joined me on one marketing trip to Europe where we joined up with Teddie Pardo, who was our roving ambassador.  One of our largest clients was the Rome-based FAO, whose treasurer was an opera fan who owned a farm house in Spoleto, Italy.  Our timing was perfect as we were invited to the opening night performance of The Flying Dutchman at Gian Carlo Menotti’s  Festival of Two Worlds in Spoleto.  So we packed our black tie, arrived in Rome, made our business calls, and hired a car and driver for the trip to Spoleto.  As the temperature was 34C I ordered a car with air conditioning.  At the appointed time a guy in a Fiat showed up with the windows open – not a good sign.  The three of us squeezed in, looking very spiffy, rolled the windows up and turned on the A/C.  A minute later it was like a steam bath; the fan was blowing hot humid air.  We stopped the car, and the driver opened the hood – no air conditioner!  So we got back in, rolled down the windows and zipped along for two very long hours.  When we arrived at the Opera House I was dripping, dust covered and not a crease to be found.  Jim looked just as crisp as when we started – he was a cool guy.

From George Antipas: In the late 1980s I was running Chase’s International Agencies Banking including the UN organization reporting to Jim Phelan.  For several years Jim helped the group in our  business quest to become the United Nations’  main banker.
Jim was totally dedicated to making our customers know that, whether in business or in private, they “have a friend at Chase”.
I remember the time when an American client overseas had a medical emergency and Jim guided this person to the right care facility in the United States,  which prolonged his life.
Jim was always willing to advise me how to approach and solve many difficult situations whether business or personal.
quintessential banker and diplomat, Jim Phelan was a man with a big heart.
God save his soul.