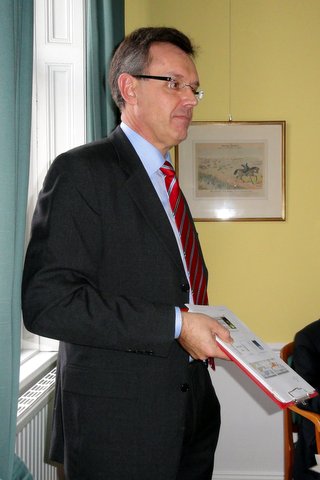 At our luncheon at the  St.Johanns Club on January 16, 2013, Herbert Strobl spoke about “Change Management”, especially in connection with M&A transactions, where soft facts are often ignored, subsequently leading to failure. Our luncheon ended up with a lively discussion on the Chemical/Chase "merger".

Strobl is an executive coach and consults on such issues as management, leadership, strategic change and corporate culture.