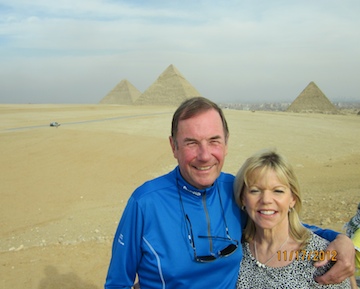 From Cyrus K. Hui: Though it has been 40 years since I was at an accelerated program with CC 5 of the Old Chase, memories remain afresh. Everyone was so nervous about doing a credit analysis report on US Steel when there was no computer to crunch numbers on a spread sheet. What I found most beneficial was "statement logic" that relates variables on balance sheet and profit/loss statements, which remained with me througout the rest of my career. It was also the early years when Chase began recruitment of Asians in corporate and international banking; I being the only one in CC 5, preceded only by Singsing Chu from Hong Kong (later AGM Singapore), who is well remembered by many old Chase alumni. Those were the good old years when banking was astute as well as fun.

And from Tony Lord (who joined Chase in May 1968, left for Singapore in February 1970, served in the Regional Headquarters, Southeast Asia in Hong Kong, and, in 1971, was assigned to establish, open and manage The Philippine American Investments Corporation, the first joint venture between Chase and AIG):

I had dropped out of “High School” in Edinburgh, Scotland just short of my 16th birthday. Imagine how nervous I was sitting on the 7th floor at Chase Manhattan, waiting to be interviewed by Peter Bailey!

But some background: I was the manager of a 60-person branch of Chartered Bank in San Po Kong, Kowloon, one of the major industrial centers in the Colony. We were able to attract away a high-end knitted suit manufacturer, which was one of the leading customers of Chase Hong Kong.

Shortly after that, the client asked me if I’d be interested in meeting with Chase, and this led to a lunch at which I met Chuck Craig, the Chase GM. Other people I later met were Peter deBaun and Jack Taylor. I was asked if I’d be interested in interviewing for a trainee position in New York. That was like asking the whale if it swims – you bet I was interested!

A few weeks later I boarded a Flying Tiger, turbo-prop, loaded with high fashion double knit suits, and took a seat behind the crew, en route to Los Angeles – then by Greyhound to New York. This was early 1968, and I was paying all my own expenses.

In New York, I called the number I had been given, only to be told that the bank didn’t know who I was, and that there were no appointments. Luckily I was able to contact Peter deBaun who was back in New York, and he cleared up the situation.

And so here I was being invited into a small conference room on the 7th floor. He sits me down, puts me at ease as only Bailey could do, and we just talked about lending: I should mention that I’d never made so much as a loan 100% secured by cash! At one point Peter asked me what I would look at in considering a loan to enable a movie producer to produce a movie.

I don’t recall anything I said, but I’ve never forgotten what Peter said after we’d finished: “I’m probably about to make the biggest mistake of my long career with Chase, but underneath all the BS, you might have a chance of making it at Chase.”

Thank you Peter for your confidence.

For someone from Scotland, who had minimal education, entering the hallowed halls of CMP was a very definite challenge. I was incredibly fortunate to “serve” my Global Credit internment under Bill Hinchman and Tony Terraciano, and with training program “mates” like Tim McGinnis, Hans van den Houten and Chet Brauch.

Global Credit, for me was a life-changing event. Chase was an amazing organization, run by a really great team under the direction of the legendary David Rockefeller, and employing a terrific bunch of people at our level in the bank.

Time forward to 1975, and I’m sitting in the office of Thomas R. Wilcox, then the Chairman of Crocker National Bank, San Francisco, and formerly Vice Chairman, Citibank, New York. I’m being interviewed for the job of GM of the bank’s New York Edge. After a discussion, he asked me if I had any questions. I had one. “I understand you (Tom Wilcox) are very supportive of senior officers having an outstanding education, usually including an MBA. You’ll notice from my resume that I don’t even have a High School certificate.”

His response? “I saw that, Tony, but I also saw that you completed the Chase Global Credit Program...and anyone who knows anything about that program knows that it’s the equivalent of any top MBA program. As far as I’m concerned, you come with the level of education we demand.”

Sincere praise for a terrific program.