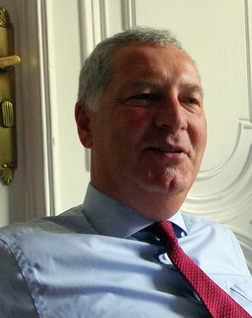 Helmut Breit gave a very interesting overview on the situation in Ukraine and the impact on Bank Aval, Raiffeisen Bank International´s subsidiary in Kiev.

Wolfgang Fenkart-Fröschl informed the Alumni on a proposed get-together with the German Alumni  on the week-end of September 19-21 in southern Burgenland, close to the Hungarian border. This was a spontaneous initiative and it will be interesting to see how many Alumni will join.

Gerhard Eisenburger offered us again his house in Hungary for a Thanksgiving Dinner on Saturday, November 29. Details will follow.