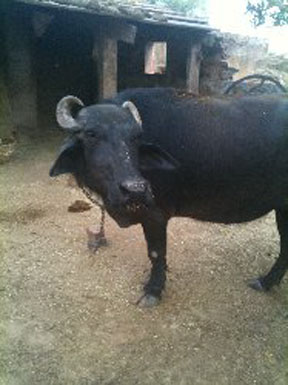 A Photographic Journey through Rajasthan

The last time we checked in with Pasadena-based Carrie Adrian, she was immersed in Latin American art. This time (May 2010) she writes:

"Just returned from my second trip to India with a horrific case of jet lag.  Not to worry about the volcano whose name I can't pronounce.  We headed west via Hong Kong and dragged into Delhi 30 hours later to the luxury of the Taj Mahal Hotel.  After visiting Delhi and Agra (the Taj Mahal), we continued north to Jaipur on a very modern highway until we were stopped because of agricultural worker disturbances over wage increases that had become violent.  So we took the back route past small villages we would not otherwise seen.  Here are some the pictures taken along that road.  I did see a lot of camels, but they weren't willing to fly to Frankfurt.  I also am including some other pictures to give a taste of the country."