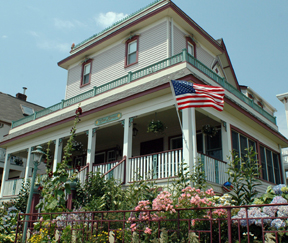 In January 2012, we ran a cheerful profile of Mary Ellen Georgas-Tellefsen and her life after Chase, opening the Sea Spray Inn, a B&B with her husband in Ocean Grove, on the Jersey Shore.

But it has not only bounced back, it’s been named one of the best B&Bs in the United States.

The Sea Spray Inn has been named a winner in the B&Bs and Inns category in the 2014 TripAdvisor Travelers’ Choice® awards, coming in 17th out of 25, in the 12th year of the awards. The world’s most outstanding properties were identified in the categories of Top Hotels, Bargain, B&Bs and Inns, Family, Luxury, Romance and Small Hotels. Travelers’ Choice award winners were determined based on the reviews and opinions of millions of TripAdvisor travelers around the globe.

"This award is such a huge recognition of all our hard work. It means that our guests recognize and appreciate their experience,” said Mary Ellen. 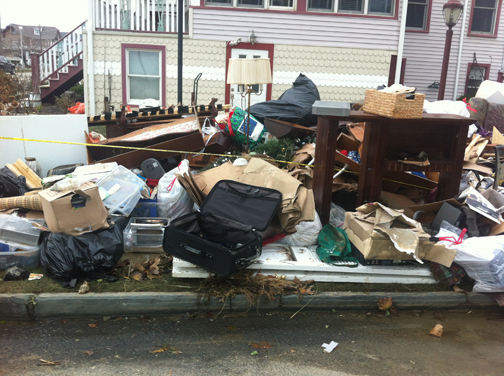 hen the Tellefsens battened down the hatches before the mandatory evacuation of the Jersey Shore before Sandy hit, little did they know that all their personal belongings would be lost – furniture, clothing, mementos. Their innkeeper apartment, on the house’s ground floor, took in five feet of water. The second and third floors sustained wind and water damage.

“It could have been worse. It was nowhere near the catastrophe it was for other people,” Mary Ellen mused. “When we finally got our heads out of the sand saw the devastation elsewhere – houses without walls or roof – we put everything in perspective.

“Still, losing your home and business at the same time was hard,” she added. The me 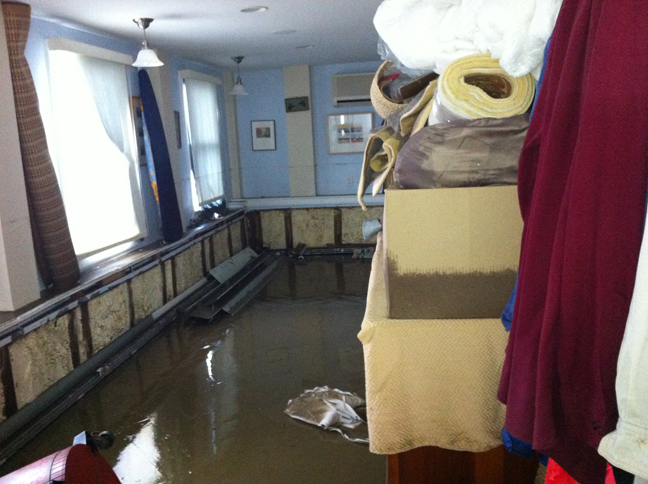 chanicals needed to be replaced. Storm surge caused structural damage to the back of the house, so the house had to be lifted a couple of inches and a masonry wall was installed.

Although they were close to the ocean, the B&B wasn’t required to have flood insurance, due to its elevation. The Tellefsens did have wind and homeowners’ insurance but only got about a third of what they applied for.

The mechanicals were replaced with help from FEMA, and the Tellefsens took out loans from the Small Business Administration.

Now, with new windows in five of the eight guestrooms, one completely redecorated guestr 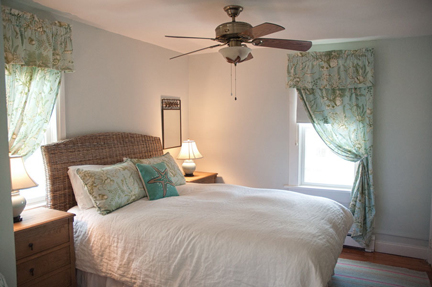 “Sandy crystallized for us that we love what we do,” Mary Ellen said. Clearly, the guests love what the Tellefsens do as well.

Chase Alumni will receive a 10 percent discount. Just let the Tellefsens know who you are.

The Sea Spray Inn is one block from Ocean Grove’s famed boardwalk, up the block from the beach and about a three-minute walk to town.